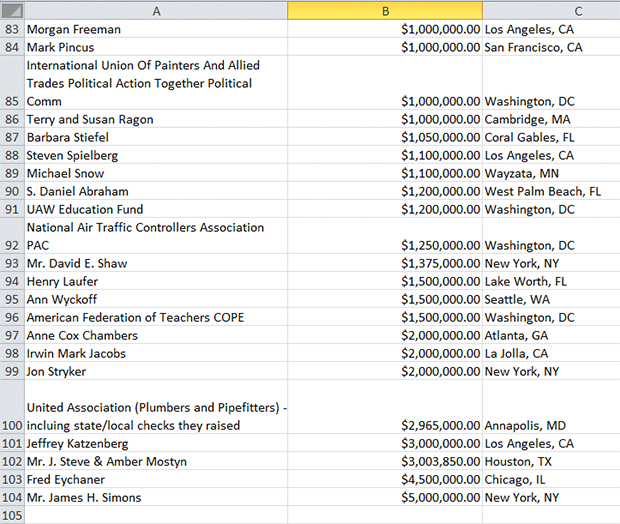 A hacker has released documents belonging to the Democratic National Committee that were recently taken during a breach of the organization’s computer network.

The documents, posted online by a hacker identifying as “Guccifer 2.0” – an homage to the now-imprisoned Romanian hacker who revealed Hillary’s private email – include what appear to be the DNC’s research into Republican candidate Donald Trump, donor lists full of high-profile names and “secret” files allegedly taken from Clinton’s State Department computer.

Speaking to CrowdStrike, the cybersecurity firm responsible for responding to the DNC hack, the hacker continues by flaunting several screenshots allegedly acquired during the breach.

“Shame on CrowdStrike: Do you think I’ve been in the DNC’s networks for almost a year and saved only 2 documents? Do you really believe it?” the hacker writes.  “Here are just a few docs from many thousands I extracted when hacking into DNC’s network.”

The first document featured – the DNC’s 200 plus page opposition research file on Donald Trump – details the party’s “narrative” regarding the presumptive Republican nominee.

“Some hundred sheets! This’s a serious case, isn’t it?” the hacker adds. “And it’s just a tiny part of all docs I downloaded from the Democrats networks.”

The next set of screenshots reveal multiple donor lists which include high-profile names such as Hollywood actor Morgan Freeman and director Steven Spielberg.

Another file, reportedly taken “from Hillary’s PC she worked with as the Secretary of State,” is even marked with the words “secret” – although the file does not contain sensitive national security information according to reports. 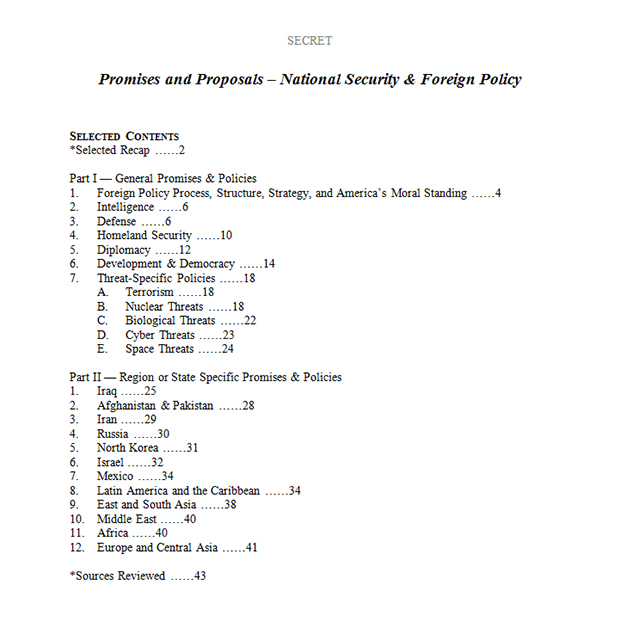 The hacker states that all documents, including those currently unpublished, have been given to Wikileaks – a likely explanation for founder Julian Assange’s recent comments regarding soon to be published emails that will supposedly lead to Hillary’s “indictment.”

“The main part of the papers, thousands of files and mails, I gave to Wikileaks. They will publish them soon,” the hacker says in closing. “I guess CrowdStrike customers should think twice about company’s competence.”

Crowdstrike has claimed that two different groups with links to the Russian state could be responsible for the breach.

“We’ve had lots of experience with both of these actors attempting to target our customers in the past and know them well,” Crowdstrike employee Dmitri Alperovitch writes. “In fact, our team considers them some of the best adversaries out of all the numerous nation-state, criminal and hacktivist/terrorist groups we encounter on a daily basis.”

“Their tradecraft is superb, operational security second to none and the extensive usage of ‘living-off-the-land’ techniques enables them to easily bypass many security solutions they encounter.”

It is unknown at this time whether Guccifer 2.0 is associated with either Russian-linked group.

In a statement to CSO writer Steve Ragan, CrowdStrike suggested that the hacker could potentially be part of a “Russian Intelligence disinformation campaign.”