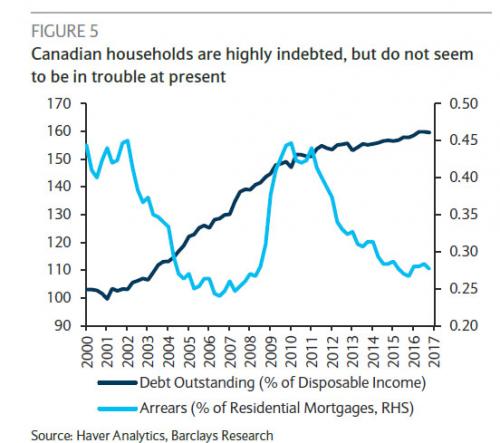 Two months ago, when quoting the CEO of cell phone insurer Assurant, who appeared on Bloomberg TV to discuss business trends, one of his quotes caught our attention: “the reality is, half of Americans can’t afford to write a $500 check,” Colberg said. We decided to look into the CEO’s claim about the woeful state of US finances. What we found is that according to a recent Bankrate survey of 1,000 adults, 57% of Americans don’t have enough cash to cover a mere $500 unexpected expense. Turns out the CEO was right. And while that may appear dire, it is a slight improvement from 2016, when 63% of U.S. residents said they wouldn’t be able to handle such an expense.

The Bankrate survey findings echoed research published last year by the Federal Reserve, which found that 46% of respondents said they would be challenged to come up with even less, or $400, to cover an emergency expense, and would likely borrow or sell something to afford it. When the Fed asked what types of emergency expenses Americans had actually faced in the last year, more than one out of five cited a major unexpected medical expense. The average expense: $2,782, or almost seven times higher than the Fed’s hypothetical $400 surprise bill.

How does this stunning statistic compare to some other developed nations?

It turns out that the state of half of US finances, deplorable as it may be is positively shining, not to mention “twice as good”, when compared to the country’s neighbor to the north, where a recent Ipsos survey on behalf of accounting firm MNP, found that more than half of Canadians are living within $200 per month of not being able to pay all their bills or meet their debt obligations. Needless to say, if $500 in savings is bad, half that amount is outright bizarre.

“With such a small amount of wiggle room, any kind of unanticipated hardship, such as a job loss or even a car repair, could send an already struggling family into financial despair,” Canada’s Global News quoted Grant Bazian, president of MNP’s personal insolvency practice, which is one of the largest in Canada.  He also revealed that for 10 per cent of Canadians, the margin of error when it comes to household finances is even thinner, at $100 or less.

It gets worse as those with anything at all left at the end of the month were in better shape than many: A whopping 31% of respondents said they already don’t make enough to meet all their financial obligations.

The poll also found that while debt is causing Canadians a fair bit of stress, few appear to be overly worried or on track to buff up their monthly financial cushion. Two-thirds of survey takers said they are “less than very confident” about their ability to create an emergency fund.

And then this hair-raising finding from the survey: “Roughly 60 per cent said they don’t have a firm grasp of how interest rates affect debt repayments.” According to Bazian, the statistic helps explain why many indebted Canadians end up taking on more debt and high-cost loans. “That’s how so many end up in an endless cycle of debt,” he noted. It also explains charts such as this one, showing the harrowing difference surge in Canadian household debt, which has grown by 60% since the start of the century.

According to Global News, the concerning data also raises the question of whether Canadians understand the implications of an interest rate hike by the Bank of Canada. A decision by the BoC to start lifting its key policy rate from historic lows would raise the cost of carrying debt across the country; should rates raise enough Barclays will have to change its caption in the chart above. A one percentage point rise in the BoC’s key interest rate would likely push up variable mortgage rates by a similar amount. A variable mortgage rate that’s currently set at 3 per cent, for example, would go up to 4 per cent, which represents a 33 per cent increase in interest payments for the mortgage holder. That’s an extra $83 a month for every $100,000 in outstanding mortgage debt.

And to show just how bad the debt situation in Canada truly is, here are some more charts which are largely self-explanatory. 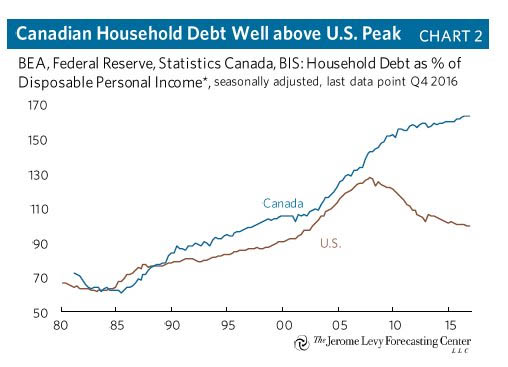 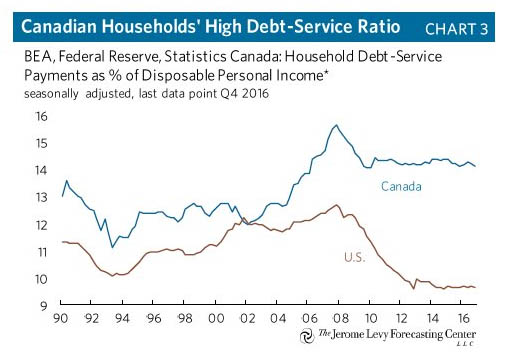 And perhaps the most important – and troubling – chart of all: 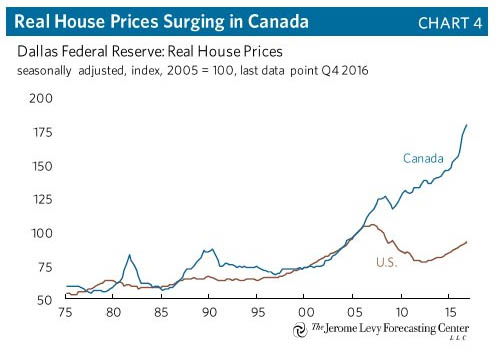