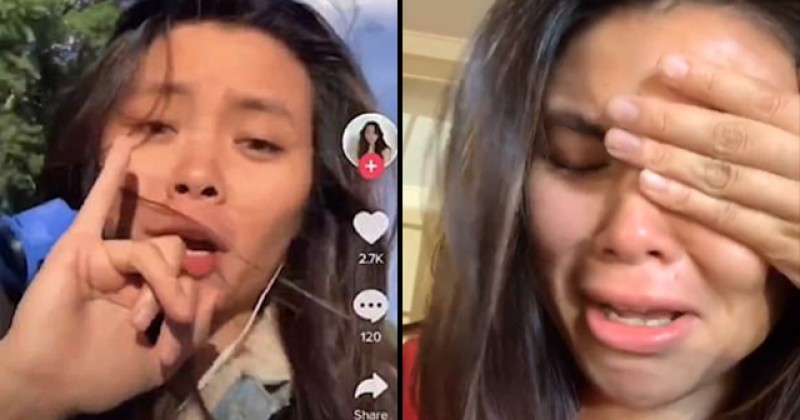 Recent Harvard graduate Claira Janover went viral on social media earlier this week after releasing a TikTok where she said she would “stab” anyone who told her “All Lives Matter.”

“The next person who has the sheer nerve, the sheer entitled caucasity to say ‘All Lives Matter,’ I’ma stab you,” Janover said.

“I’ma stab you, and while you’re struggling and bleeding out, I’ma show you my paper cut and say, ‘My cut matters too.'”

Harvard senior Claira Janover threatens to stab anyone who says “all lives matter.”

Will liberal colleges and universities ever teach students that speech ≠ violence?

Janover on Wednesday released a video crying about how she was allegedly fired from her job at the high-powered Deloitte accounting firm thanks to “Trump supporters.”

I must say, I’m rather shocked to hear of a leftist losing their job for such comments.

Had she worked for Cambridge, she would have been given a promotion!