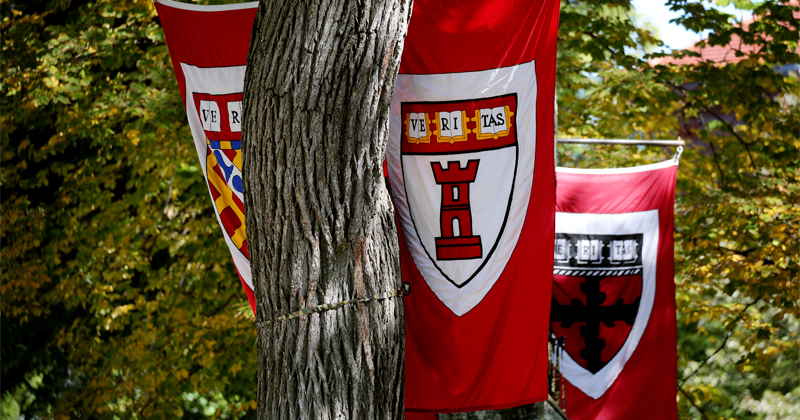 Harvard University and the Massachusetts Institute of Technology filed a lawsuit against the Department of Homeland Security (DHS) and Immigration and Customs Enforcement (ICE) on Wednesday morning, seeking a temporary restraining order to prevent the agencies from enforcing federal guidelines which would prevent foreign students from remaining in the United States if their college switches to online-only classes.

“It appears that it was designed purposefully to place pressure on colleges and universities to open their on-campus classrooms for in-person instruction this fall, without regard to concerns for the health and safety of students, instructors, and others,” said Harvard President Lawrence Bacow in a Wednesday statement.

Of note, President Trump has repeatedly mentioned the need for schools to open this fall, most recently threatening to cut off funding if they do not.

SCHOOLS MUST OPEN IN THE FALL!!!


In Germany, Denmark, Norway, Sweden and many other countries, SCHOOLS ARE OPEN WITH NO PROBLEMS. The Dems think it would be bad for them politically if U.S. schools open before the November Election, but is important for the children & families. May cut off funding if not open!


The guidelines were released just hours after Harvard announced it would house no more than 40 percent of undergraduates and would hold all College classes online in the fall. –Harvard Crimson

“The order came down without notice—its cruelty surpassed only by its recklessness,” Bacow wrote in an email to affiliates. “We believe that the ICE order is bad public policy, and we believe that it is illegal.”

The move by immigration authorities sparked legal action almost immediately — Massachusetts Attorney General Maura Healey announced Tuesday that her office “will sue” over the guidelines, which she called “cruel” and “illegal.”

Still, Bacow and Harvard chose not to wait for Healey’s suit. Their case argues that the guidelines violated the Administrative Procedure Act by failing to consider “important aspects of the problem” in advance of its release, failing to provide a reasonable basis for the policy, and failing to adequately notify the public. –Harvard Crimson

In a Monday panel, Dean of Undergraduate Education Amanda J. Claybaugh said that ambassadors are being contacted on behalf of international students.