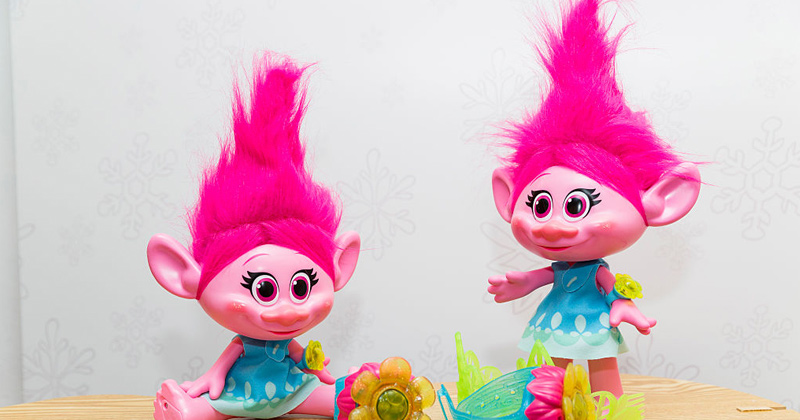 A “Troll” doll made by Hasbro was revealed to carry a secret button on its “private parts” that made the children’s doll “gasp and giggle” when pressed. The revelation of the button and its inappropriate sexual connotations sparked a social media firestorm and a Change.org petition that has amassed nearly half a million e-signatures.

The “Trolls World Tour Giggle and Sing Poppy” doll was exposed across social media, accumulating tens of thousands of engagements. The question “Is @Hasbro normalizing grooming & facilitating child abuse?” was asked in one tweet that showed a video of a disgruntled mother showcasing the doll.

The narrator to the video exposing the doll’s button began by saying: “I wanted to do a quick video because I find this disturbing, and I find it something that needs to be shared.

“As you all know, stuff that has been going on in the world about the sex trafficking in kids and the stuff that is thrown in our kids’ faces to kinda groom them, and make them kind of a little bit more oblivious to things that are really happening.”

The narrator goes onto explain: “It was my daughter’s birthday a couple of days ago and she turned two. And she was given this gift: a little Poppy doll–it is adorable.”

She then goes onto outline the features of the doll, including the 10 phrases and sounds that the doll makes when a button on its belly is pressed, but no mention of the button in the doll’s intimate parts under her skirt.

The woman filming touches the doll’s belly to demonstrate the promised feature on the box, causing the doll to sing. She then reveals a button on the doll’s “private” area that makes a “gasping sound” when pressed, before reiterating the lack of any mention of the “private” button on the box.

The video drew much anger and even led to the creation of a success online petition to remove the toy.

“Our society is conditioning our children to think pedophilia is ok,” the petition begins. “This Trolls World Tour doll named Poppy has a button on her private area under her skirt. When you push this button on the doll’s private she gasps and giggles.”

“This is not okay for a child’s toy! This toy needs to be removed from our stores, the petition continues. “What will this toy make our innocent, impressionable children think? That it’s fun when someone touches your private area? That pedophilia and child molestation are ok? It’s not ok! It’s not fun!”

“It’s damaging and has long term affects on a child’s mental/physical health! Sign this petition to get this toy removed from shelves and help #SaveTheChildren! Children are our future and WE are their voice!” The petition concludes.

Hasbro later announced it would be recalling the toy. The creator of the petition, Jessica McManis, was thrilled to hear of her success.

“I didn’t expect my petition to blow up like this! I’m so happy it did! They recalled the doll today. There’s no way someone at Hasbro didn’t think that it was weird when deciding to create this doll like that,” she tweeted.

I didn't expect my petition to blow up like this! I’m so happy it did! They recalled the doll today. There’s no way someone at Hasbro didn’t think that it was weird when deciding to create this doll like that. https://t.co/DrubihcYZy

“This was not intentional and we are happy to provide consumers with a replacement Poppy doll of similar value through our consumer care team,” a Hasbro spokesperson told the New York Times. “We are in the process of removing the item for purchase.”