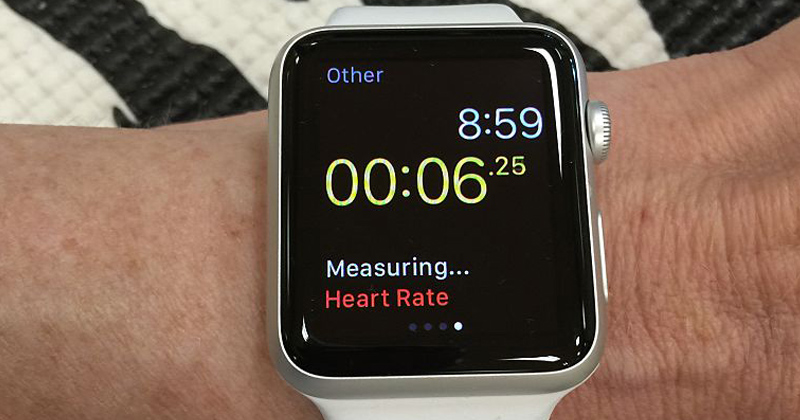 Police in Michigan are crediting a man’s Apple Watch with helping them discover he faked a hate crime attack against himself.

After Sean Sammitt, 26, was purportedly attacked inside the Temple Kol Ami in West Bloomfield, he drove himself to the hospital and reported the stabbing on December 15.

Sammitt, who worked at the temple, claimed he was leaving work when he had a physical altercation with a white male, between 30 and 40, who had been shouting anti-Semitic slogans.

From the Detroit Free Press:

“Samitt said that the alleged attacker shouted, ‘You Jews!’ and said ‘too many immigrants are here,’ according to the police report obtained by the Free Press through a Freedom of Information Act request.”

Police later realized his story didn’t add up after a search of the parking lot turned up no evidence, and after finding bloody tissues inside the synagogue.

“They also located a knife in the kitchen area with blood on the tip of the blade,” reports the Free Press.

Police next checked the man’s watch for heartbeat data, which betrayed the man’s allegations.

“Investigators say it was normal and should have been higher,” reports Fox 2 Detroit. “But the watch showed before the attack that Samitt’s heart rate was elevated.”

During questioning, Sammitt’s false story unraveled and he confessed, claiming he was trying to leave his job at the synagogue. More from the Detroit Free Press:

Police said Samitt admitted to making up the attack and said he lost consciousness and accidentally stabbed himself while he was washing dishes at the synagogue. He said he lied about the incident because he was being harassed at work about his medical condition.

The second story also turned out to be fabricated, police said.

Officers were able to obtain information from Samitt’s cellphone health application that was synced to his Apple Watch, confirming he did not lose consciousness. Samitt then admitted to intentionally stabbing himself.

I put the knife in to see like just how deep it went because I wasn’t really sure then in the process I probably dug it in a little more.”

Police arrested Sammitt on December 20, charging him with filing a false police report.

The hoax comes in the wake of a string of attacks against Jewish individuals in New York state.