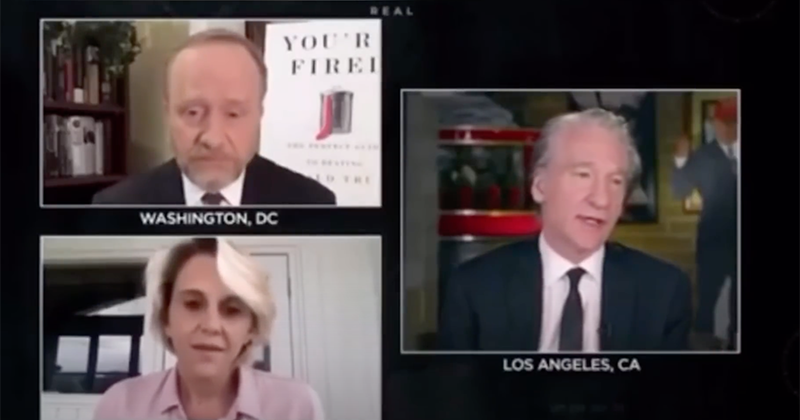 “What do we do with the Clintons now?” HBO’s Bill Maher questioned, describing Hillary but especially Bill as a “big distraction” for the Democrats ahead of the November election.

But former Clinton White House adviser Paul Begala balked, to which Maher immediately pointed out that alleged Epstein victim Virginia Giuffre said she witnessed Bill Clinton at the island along with “two young girls” there also.

When will humanity begin seeing these billionaire celebrities for who they really are?

“Now, Bill Clinton. People are saying that there are witnesses who saw him on Jeffrey Epstein’s sex island,” Maher began. “Obviously, it’s denied.”

Begala, who served as a White House adviser during Clinton’s administration, shook his head in disapproval — but Maher doubled down.

“Look, it’s possible,” emphasized in what was a clearly uncomfortable moment for ex-Clinton aide Begala.

Maher has long argued that it’s better for the DNC if the Clintons both stayed away from the convention and kept a very low profile amidst multiple raging controversies, especially the Epstein saga.

“My question is, you know, [Clinton] has assets and he has … things that are not quite assets,” Maher questioned. “And same with Hillary. What do the Democrats — what should they do?”

The brief exchange from the Friday night Real Time show generated a number of headlines highlighting the clip, given also the major networks have appeared to conveniently and intentionally ignore the explosive allegations contained in recently unsealed court documents from 2011, centered on Epstein accuser Virginia Giuffre’s testimony.