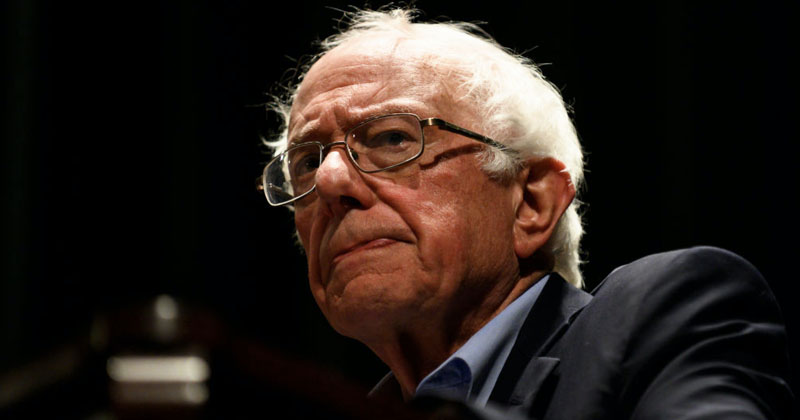 A California restaurant owner claims that 2020 Democrat presidential candidate Bernie Sanders treated him and his staff so poorly that he lost prospective votes.

John Konstin, owner of John’s Grill in San Francisco, had been hosting a slew of Democrats during their DNC summer meeting last week, but he says one of his patrons was particularly “rude” and “cranky” to his staff — none other than Bernie Sanders.

“It was all very nice, except for rude and cranky Bernie…He didn’t want to shake hands, he didn’t want a picture,” Kinston said. “No campaign face…He wasn’t nice to any of the staff.”

Lee Housekeeper, the bistro’s media contact, told local media that Sanders must have been particularly unpleasant for Kinston to speak up about it.

“It’s uncharacteristic for Konstin to speak ill of his restaurant patrons…Bernie had to be in a terrible mood,” Housekeeper said. “Anyone in the public eye needs to understand when it’s time to order room service.”

Housekeeper added that even Sanders’ wife likely recognized his impolite behavior because she apologized to the restaurant staff on the way out.

“Sanders left a tip and his wife apologized as the group was leaving the restaurant.”

In contrast, President Trump’s own “appreciative” staff told Business Insider in 2016 that he frequently tipped in $100 bills.

“You’re a Hispanic and you’re in here trimming the trees and everything, and a guy walks up and hands you a hundred dollars,” Trump’s long-time butler Anthony Senecal said. “And they love him, not for that, they just love him.”

“Trump treats the agents respectfully, and seems to genuinely want them to be well taken care of,” according to an individual who spoke with his Secret Service neighbor.

“Pretty much all Secret Service agents liked him, he added. “He was very respectful and grateful to them.”

“They liked how organized his campaign was and how punctual he was.”

Surprise—Bernie has to cut hours when he’s caught violating his standard for a “living wage”. Will he add self-serve kiosks next? And, a list of all the things Democrat communists hate and want to abolish.