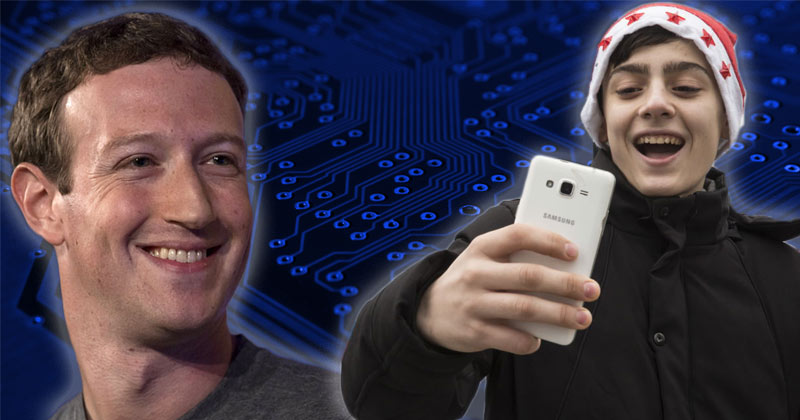 In a letter published online Tuesday, The Campaign for a Commercial-Free Childhood (CCFC) argues that Messenger Kids, Facebook’s new video calling and messaging app for children under the age of 13, is detrimental to the development of young minds.

“Given Facebook’s enormous reach and marketing prowess, Messenger Kids will likely be the first social media platform widely used by elementary school children,” the letter, addressed to Zuckerberg, states. “But a growing body of research demonstrates that excessive use of digital devices and social media is harmful to children and teens, making it very likely this new app will undermine children’s healthy development.”

Signed by nearly 20 organizations and dozens of medical professionals, the letter also cites the inability of most young children to grasp potential privacy issues related to social media.

“Younger children are simply not ready to have social media accounts. They are not old enough to navigate the complexities of online relationships, which often lead to misunderstandings and conflicts even among more mature users,” the letter states. “They also do not have a fully developed understanding of privacy, including what’s appropriate to share with others and who has access to their conversations, pictures, and videos.”

The CCFC goes on to call Zuckerberg’s decision to release the app “irresponsible, citing numerous studies linking social media use by children to depression and other mental health issues.

“At a time when there is mounting concern about how social media use affects adolescents’ wellbeing, it is particularly irresponsible to encourage children as young as preschoolers to start using a Facebook product,” the letter says. “Social media use by teens is linked to significantly higher rates of depression, and adolescents who spend an hour a day chatting on social networks report less satisfaction with nearly every aspect of their lives.”

Studies mentioned by the CCFC found that 50 percent of adolescents feel they are addicted to their phones while nearly half of parents say regulating their children’s screen time “is a constant battle.”

“Encouraging kids to move their friendships online will interfere with and displace the face-to-face interactions and play that are crucial for building healthy developmental skills, including the ability to read human emotion, delay gratification, and engage with the physical world,” the letter continues.

The CCFC concludes by asking the Facebook founder to allow younger children to “develop without the pressures” of social media by simply leaving them alone.

“Raising children in our new digital age is difficult enough. We ask that you do not use Facebook’s enormous reach and influence to make it even harder,” the letter says. “Please make a strong statement that Facebook is committed to the wellbeing of children and society by pulling the plug on Messenger Kids.”

First announced in December, Messenger Kids is currently available for the iPad, iPod touch and iPhone as well as Amazon’s Fire tablet. Facebook plans to launch an Android app in the Google Play Store.

Whether Facebook will respond to the CCFC’s statement remains to be seen.

While the debate over children’s use of social media and electronic devices continues among the public, some argue that the biggest names in tech have clearly chosen a side.

Following the launch of the first iPad in 2010, Jobs revealed his stance after being asked whether his children liked his new invention.

“They haven’t used it,” Jobs said. “We limit how much technology our kids use at home.”

“That’s because we have seen the dangers of technology firsthand,” Anderson, a former editor of Wired magazine, said. “I’ve seen it in myself, I don’t want to see that happen to my kids.”

Apple CEO Tim Cook, who currently has no children, has likewise stated his desire to shield any future kids from social media.

“I don’t have a kid, but I have a nephew that I put some boundaries on,” Cook recently told college students in the UK. “There are some things that I won’t allow; I don’t want them on a social network.”

Sean Parker, Facebook’s first president, argued in November that the company’s products were designed to prey on a psychological “vulnerability” in humans.

“God only knows what it’s doing to our children’s brains,” Parker said.