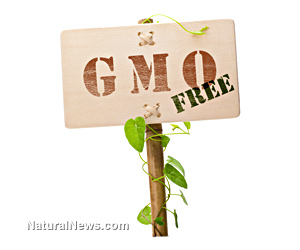 Two Los Angeles city councilmen are attempting to make history in Southern California by banning the growth, sale and distribution of genetically modified (GM) seeds and plants anywhere in the city of Los Angeles. Congressman Mitch O’Farrell’s 13th District website explains that both O’Farrell and his colleague, Paul Koretz, are leading the charge with the new motion, which thousands of local supporters are already pushing to have passed with a new petition.

The motion would make all 502 square miles of Los Angeles an official “GMO-Free Zone,” protecting homes, schools, community gardens and public spaces from being contaminated with GMOs. If passed, Los Angeles would become the largest GMO-free zone in the country, a move that both O’Farrell and Koretz say would serve the best interests of Angelinos by preserving the integrity of their local food supply.

Introduced on October 18, the motion takes particular aim at the issue of Colony Collapse Disorder, or CCD, a phenomenon in which large numbers of bees get lost and never return to the hive, or simply drop dead. Some of the latest research on CCD points to plant pesticides, and especially those applied to GM crops, as a major culprit in CCD, which continues to threaten the perpetuity of agriculture all around the world.

“Los Angeles has a healthy honey bee population and we want to keep it that way,” stated O’Farrell, who chairs the city’s Arts, Parks, Health, Aging, and River Committee, during a recent news conference. “The worldwide disappearance of bees is unnerving at best and, at worst, a serious threat to our food supply. We need to do everything in our power to protect them. This motion will help us do just that.”

As we have been saying here at NaturalNews for years, GMOs simply cannot be contained and, once released into the wild, can have catastrophic environmental consequences. And this latest motion takes this into account, addressing issues like “seed drift,” which involves the contamination of non-GMO and organic crops; pesticide resistance; “superweeds”; and unknown long-term impacts on animal and human health.

“A growing number of problems are being traced to GMOs,” add the councilmen in a recent statement. “[T]he worldwide disappearance of honeybees (through ‘colony collapse disorder’); concerns over ‘seed drift’ (for example the recent finding of GMO-pollinated wheat growing in an Oregon farmer’s field); the evolution of ‘superbug’ insects which are growing immune to the pesticides engineered within GMO crops; and European studies which raise the question of how GMOs impact human health.”

Sign the petition to ban GMOs in Los Angeles
In order to make history, the Los Angeles City Council needs to hear from as many supporters of this new motion as possible by December 16. Even though the entire council voted in support of the failed Proposition 37 initiative to label GMOs in California, indicating their common sense position on the matter, they need our support and to be reminded once again about the importance of proactively fighting the GMO crusade.

A MoveOn.org petition has already been created in support of the motion and will be delivered to the council on December 16. You can sign this petition here:
http://petitions.moveon.org.

“It’s about time someone gave the chemical company supporters a clear message; ‘Refuse to label, fine. GMOs banned!'” wrote one CBS Los Angeles commenter in support of the motion. “The recent scientific studies on [CCD] completely support a need for large GMO-free zones.”

You can track the status of the motion at:
http://cityclerk.lacity.org.