Millions of people are now awake and acutely aware of the private central mega-bank plan to meltdown the global economy and pitch humanity into a condition of groveling serfdom under the scientific control of a one-world government with its high-tech police state.

In response to the mass awakening now underway, the elite and their corporate media have unleashed a concerted effort to counter the alternative media and demonize patriots as violent extremists and terrorists. Concurrently, a well-oiled police state apparatus operating under the ruse of covertly manufactured terror has kicked into high gear and is now harassing political activists and preparing to use unconstitutional legislation like the Patriot Act to chill dissent.

A raft of additional legislation now under consideration by a treasonous Congress will expand wiretapping over the internet and allow the puppet teleprompter-in-chief to shut down the web in response to a manufactured cyber terror attack now on the horizon. The corporate media admits that billions of dollars of taxpayer money are being used to expand the propaganda efforts at Fox News, CNN, and wide array of corporate local television stations in order to inculcate the masses with government scripted lies and distract them with meaningless sports and celebrity events as the economy and society is systematically dismantled and a control grid and police state implemented around them.

The infowar is not funded and supported by the elite, their foundations, or the corporate media’s television and radio networks. It is critical that we take the infowar to the next level if we are going to effectively resist the ominous threat posed by the global elite and their cadre of technocrats orchestrating slick propaganda.

Two and a half years ago Alex Jones made the decision to move into a new suite of offices, build a studio, expand his film production, and grow his web news operations. The effort was fantastically successful, but would not have been possible without your generous support. The 2009 moneybomb allowed us to increase our staff, lease the empty warehouse next to us, build more offices, create a professional television studio, and begin work on an upcoming social networking site. If we hope to finish this ambitious plan and counter corporate media lies, spin, and propaganda, an additional moneybomb is a necessity. It is crucial we take the infowar to the next level and combat the growing propaganda onslaught waged by the global elite and the corporate media with its boundless coffer of money looted from the American taxpayer and provided by wealthy globalist foundations.

On October 14, we will launch the Infowar Moneybomb. Alex will be in the chair for 24 hours. We will be on the radio and will stream over Prison Planet TV important new footage of never seen before interviews with Lord Monckton, Dr. Sherri Tenpenny, Alan Watt, Katherine Austin Fitts, Webster Tarpley, Paul Craig Roberts and others. Make sure you tune in on October 14 and watch this important broadcast. Help us take the infowar to the next level by participating in the Infowars Moneybomb on October 14. If we fail to expand our operation and broadcast the message of truth far and wide, the elite will realize an important and decisive victory. 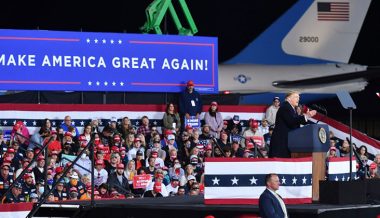 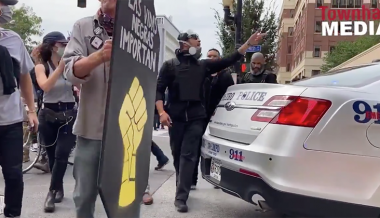