Herd immunity is a largely theoretical concept, yet for decades, it has furnished one of the key underpinnings for vaccine mandates in the United States.

Then, without any apparent supporting science, officials applied the concept to vaccination, using it not only to justify mass vaccination but to guilt-trip anyone objecting to the nation’s increasingly onerous vaccine mandates.

Apparently, herd immunity bullying sometimes works: A review of 29 studies showed that “willingness to immunize children for the benefit of the community” was a “motivating reason” for about a third of parents. There is one problem with using herd immunity as a motivator, however—the theory of herd immunity relies on numerous flawed assumptions that, in the real world, do not and cannot justify compulsory vaccination policies.

In a 2014 analysis in the Oregon Law Review by New York University (NYU) legal scholars Mary Holland and Chase E. Zachary (who also has a Princeton-conferred doctorate in chemistry), the authors show that 60 years of compulsory vaccine policies “have not attained herd immunity for any childhood disease.” It is time, they suggest, to cast aside coercion in favor of voluntary choice.

Dr. Sherri Tenpenny breaks down everything wrong with how America treats our most innocent.

One of the principal arguments made by Holland and Zachary is that herd immunity is not achievable with modern vaccines. In part, this is because the underlying assumptions upon which herd immunity is premised are largely “irrelevant in the real world.” These assumptions include the erroneous notions that all members of the population are equally susceptible to infectious disease and that all persons behave identically in spreading disease. In reality, many different factors shape patterns of risk and susceptibility to disease, including age and sex, race/ethnicityand life circumstances, including stress. Although the NYU scholars do not mention it, a healthy lifestyle and naturally resilient immune system also matter, giving individuals the “upper hand” in encounters with pathogens. In contrast, the artificial immunity engineered by vaccines— administered to children before their immune systems have even had a chance to develop—not infrequently leads to subsequent immune dysfunction and chronic illness.

The flawed logic that ignores individual and population differences and pretends that there is no distinction between natural and vaccine-induced immunity has given rise to many troubling vaccine policies, according to Holland and Zachary. This is particularly the case for children, who are “overwhelmingly” the targets of mandatory vaccine policies. Hepatitis B vaccination offers one example of a disconnect between risk and policy. Whereas hepatitis B is a disease for which only a tiny portion of the U.S. population (mostly adults) is at risk, mandatory hepatitis B vaccination targets low-risk infants and schoolchildren, “selected for convenience.”

The authors also call attention to the problematic assumption of “perfect vaccine efficacy” that undergirds herd immunity, again noting that this assumption has “limited bearing in real-world conditions.” This is because vaccines often fail to perform in the manner predicted. For example, the phenomenon of “primary vaccine failure” occurs in at least 2% to 10% of healthy vaccinated individuals; these individuals are “non-responsive” to a given vaccine, meaning that they fail to mount “sufficient protective antibody responses” after either the initial vaccine or a booster shot.

The legal scholars’ review discusses a number of other problems that make the theoretical concepts of vaccine efficacy and herd immunity highly imperfect in practice and, in fact, unachievable. These include:

Mike Adams reports on how apologists for the vaccine industry, hired internet trolls, are calling the very credible story about the triplets who turned autistic after their first immunizations “fake news,” claiming the heartbroken parents are “crisis actors.”

The NYU authors note that the herd immunity model “entirely discounts the possible benefits of contracting and overcoming disease naturally, thereby achieving long-lasting immunity.” In the pre-vaccine era, children routinely got the measles—which even the most enthusiastic vaccine proponents recognized as a “self-limiting infection of short duration, moderate severity, and low fatality.” These individuals, once recovered, confidently carried their natural immunity into adulthood without ever worrying about the measles again.

Vaccination, however, has “changed the landscape for disease transmission,” making “preventable illness rarer…[but] also increas[ing] the expected severity of each case.” As childhood vaccination has pushed the average age of infection into the older age groups, adolescents and adults have been exposed to new and historically unprecedented risks. One study suggests that lapsed vaccine immunity has led to negative outcomes that are 4.5 times worse for measles, 2.2 times worse for chickenpox and 5.8 times worse for rubella, compared to the pre-vaccine era.

The various forms of vaccine failure not only make herd immunity impossible to achieve but also feed the occurrence of “vaccine-preventable illnesses” in highly or even fully vaccinated populations. There are numerous examples of this in the published literature. One example cited by Holland and Zachary was a 1985 measles outbreak in a Texas high school where 99% of the students had been vaccinated and 96% had detectable measles antibodies—the authors of the outbreak report acknowledged that “such an outbreak should have been virtually impossible.” More recent studies around the world describe mumps and pertussis outbreaks in highly or fully vaccinated middle and high school populations, including in Belgium (2004), Korea (2006), the U.S. (2007) and Ontario (2015). The Ontario researchers perplexedly stated, “In light of the high efficacy of the MMR [measles-mumps-rubella] vaccine against mumps, the reason for these outbreaks is unclear.”

Astonishingly (or perhaps not), the solution proposed by most of the researchers who recognize various forms of vaccine failure is…more vaccination. However, recommendations for more doses and more boosters ignore the “illusory” nature of herd immunity. As Holland and Zachary painstakingly show, illogical mandates and “imperfect vaccine technology” mean that “herd immunity does not exist and is not attainable.” Even one hundred percent vaccination “cannot reliably induce herd immunity.” Thus, herd immunity is a “weak rationale” to compel all vaccines for all children.

The authors also point out that current vaccine programs are failing citizens on multiple other fronts, including giving little deference to individual choice and bodily integrity and depriving parents of the “discretion to act in their own children’s best interests.” Holland and Zachary argue that the public health would be better served by policies that “take into account all the economic costs and health risks of vaccination,” respect individual autonomy and provide vaccine consumers with complete information—recognizing that “prior, free, and informed consent is the hallmark of modern ethical medicine.”

The Mom Street Journal’s Lori Gregory joins David Knight to discuss the trend behind the flu vaccine, stem cells, and her experiences working to stop the mandatory vaccines. 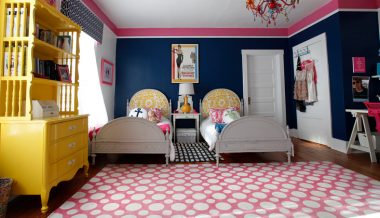