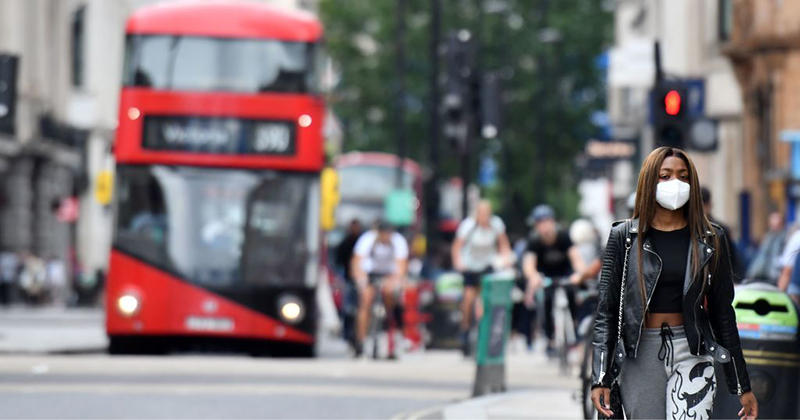 The results of an earlier study carried out in Spain suggested that so-called herd immunity was not a feasible way to tackle the coronavirus pandemic, as it showed that no more than five percent of the population had developed antibodies – nowhere near the levels said to be required to develop herd immunity.

Herd immunity in the UK may have reached the required level to shield the population of the country against a second wave of COVID-19, suggests a new study by Oxford University scientists, cited by The Independent.

In the paper, “The impact of host resistance on cumulative mortality and the threshold of herd immunity for SARS-CoV-2,” yet to be peer-reviewed, the researchers hypothesise that some of the population in the UK may already have developed a high level of immunity to the novel coronavirus without previously succumbing to the respiratory disease.

The research suggests that there is evidence showing a degree of resistance to immunity is displayed after exposure to such frequent seasonal coronaviruses as the common cold, while some people might just be naturally more resistant to infection.

The study modelled how interaction between the varying levels of pre-existing immunity could impact the overall “threshold” required to prevent a resurgence of COVID-19.

The results of the study suggested the requisite threshold might be as low as 20 percent.

“It is widely believed that the herd immunity threshold (HIT) required to prevent a resurgence of SARS-CoV-2 is in excess of 50 per cent for any epidemiological setting. Here, we demonstrate that HIT may be greatly reduced if a fraction of the population is unable to transmit the virus due to innate resistance or cross-protection from exposure to seasonal coronaviruses,” write the authors of the study, Jose Lourenco, Francesco Pinotti, Craig Thompson, and Sunetra Gupta, of Oxford University.

The scientists conclude that the results of the research seem to suggest that sufficient herd immunity may already be manifest, substantially mitigating a potential resurgence of the disease.

Models run by Professor of mathematics and statistics at Strathclyde University Gabriela Gomes have shown similar calculations, determining a threshold of under 20 percent needed for herd immunity, writes the outlet.

The research was based on what are known as heterogeneous models – like in the case of the above-mentioned Oxford University study – which operates under the premise that different levels of immunity are rampant within the population.

In the case when a vaccine is available to treat a specific disease, herd immunity is typically calculated using a homogenous model that assumes the population predominantly has the same level of immunity.

Results from running studies based on the two models can have vastly significant differences, suggest scientists.

“There doesn’t need to be a lot of variation in a population for epidemics to slow down quite drastically… in the heterogeneous population, individuals are not infected at random. The highly susceptible people are more likely to get infected first. As a result, the average susceptibility gets lower and lower over time,” Gomes was quoted as saying by The Atlantic.

The scientist added that after continuously running the models, the results kept showing a required threshold of less than 20 percent.

The promising results of the new study come as earlier this week a King’s College London pre-print warned the novel respiratory virus could become endemic, as immunity to COVID-19 might disappear within months.

The study was cited as having shown that in the first two weeks of displaying symptoms of COVID-19, 60 percent of people retained the “potent” level of antibodies able to withstand future infections.

However, just three months later the number dropped to under 17 per cent.

Commenting on the findings, Professor Jonathan Heeney, a virologist at the University of Cambridge, was cited as saying they had put “another nail in the coffin of the dangerous concept of herd immunity”.

The UK’s stance at the start of the coronavirus epidemic had come under fire, as while many countries were struggling to “flatten the curve” and delay infections by resorting to the standard arsenal of testing and tracing, introducing restrictive measures such as quarantines, bans on mass gatherings and social distancing guidelines, Prime Minister Boris Johnson touted a different strategy.

Sir Patrick Vallance, the UK’s chief scientific adviser, had claimed that to avoid a second peak in the winter, the country would suppress the virus “but not get rid of it completely,” while focusing on protecting vulnerable groups, such as the elderly. He pointed to the virus causing milder illness in younger age groups, with most expected to recover and subsequently be immune to the virus.

This “herd immunity”, claimed Vallance, would reduce transmission in the event of a winter resurgence.
At the time it was suggested “probably about 60 percent” of people would need to be infected to achieve herd immunity.

Professor Neil Ferguson from Imperial College London, whose advice was crucial to the decision to impose a UK lockdown, was cited as saying in June:

“So whilst I think the measures, given what we knew about this virus then, in terms of its transmission, were warranted… certainly had we introduced them earlier, we would have seen many fewer deaths.”