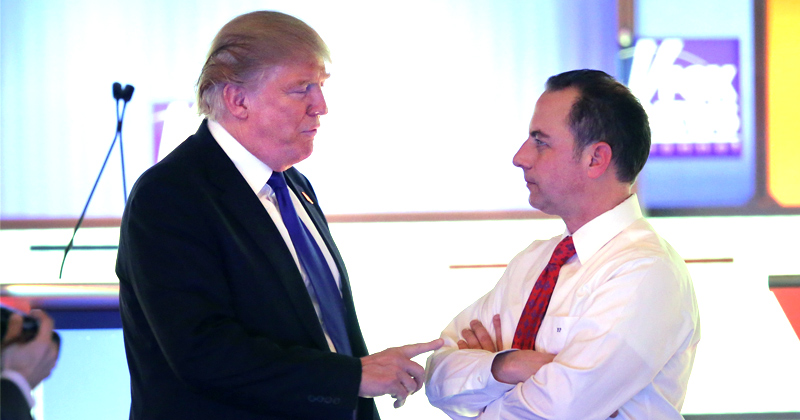 By selecting Reince Priebus as his Chief of Staff, President-elect Donald Trump is using an age-old strategy to keep former enemies close so they don’t rebel.

In short, Trump is keeping his enemies on a leash – and using them to his benefit.

The French King Louis XIV used a similar strategy when he compelled his nobles to live with him at the Palace of Versailles, which in effect denied them the opportunity to secretly meet and conspire against their king.

Louis XIV realized that if he isolated himself from his potential enemies, he would become unaware of what was going on around him – including the sinister plots against him – until it was too late.

Therefore he lived in the very center of the palace and forced his nobles to live next door, and none of them could even drop a pin without Louis XIV hearing it.

By placing himself as the center of attention, Louis XIV kept his nobles too busy to rebel and neutered their ability to hide critical information from him.

This strategy worked: Louis XIV stayed in power for over 72 years, the longest of any major monarch in European history.

When Taizu conquered these kingdoms, he consolidated his power by placing his vanquished enemies into influential positions of his court.

He was even said to have stayed the execution of a would-be assassin who later became one of his most loyal servants.

“A man suddenly spared the guillotine is a grateful man indeed, and will go to the ends of the earth for the man who has pardoned him,” author Robert Greene wrote. “In time, these former enemies became his most trusted friends.”

Trump is doing the same thing with Priebus: by keeping him close by and busy, the president will prevent Priebus from betraying him “big-league.”