Mohamed Morsi, a senior member of the Muslim Brotherhood.

Nuland characterized the meeting as a chance to reinforce U.S. expectations that Egypt’s parties will support human rights, women’s rights and religious tolerance, according to the Associated Press.

Burns visited Egypt and the Muslim Brotherhood ahead of an IMF delegation that will discuss a $3 billion loan. He encouraged the north African country to cooperate with the IMF.

The Muslim Brotherhood is a documented intelligence asset. Prior to World War II British Intelligence cultivated ties with the Brotherhood and the CIA later did the same. During the nationalist regime of Nasser in the 1950s, British and U.S. intelligence used the Muslim Brotherhood undermine Nasser’s rule. The organization was outlawed and designated a terrorist operation in Egypt after it attempted to assassinate the popular Egyptian leader.

In A Century of War: Anglo-American Oil Politics and the New World Order, author William Engdahl reveals how the Brotherhood was endorsed in May of 1979 at the Bilderberg meeting held in Austria. British Islamic expert Dr. Bernard Lewis said during this meeting that endorsing the Muslim Brotherhood would allow the global elite “to promote balkanization of the entire Muslim Near East along tribal and religious lines,” an effort that eventually resulted in the current clash of civilizations doctrine.

“What is going on in the Middle East with the Jasmine Revolution in Tunisia that we saw a few days ago, and now in Egypt with Mubarak in his 80s, and obviously a regime that is not exactly the most stable one, we have a food crisis taking place as a backdrop and the IMF coming and telling these countries to eliminate their state food subsidies so you have, of course, the explosive background for popular unrest,” Engdahl told RT last January. “Within that you have these NGOs, like Freedom House, training activists and trade unions and various other organizations to demand democracy, demand human rights and so forth.”

Freedom House has denied it is a CIA operation, despite the fact it has received funding from the Ford Foundation – integrated into CIA operations in the early 1950s – the National Endowment for Democracy (NED), and the Scaife Foundations.

Alan Weinstein, one of the founders of the NED, said in 1991 that the organization now does what “was done 25 years ago covertly by the CIA.” 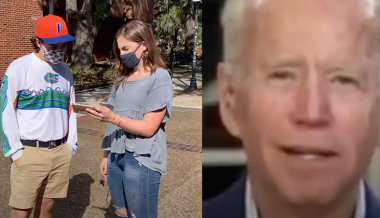