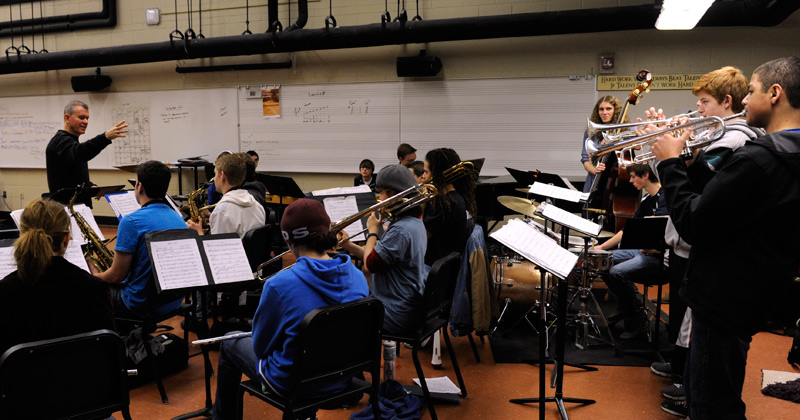 A Minnesota high school band is taking political correctness to a whole new level by only purchasing music created by “composers of color.”

“The band directors… have pledged to include at least one piece by a female composer and one by a composer of color in each concert, for each of the school’s bands,” reports NPR.org.

But the directors are also taking another extraordinary step in virtue signaling their diversity. 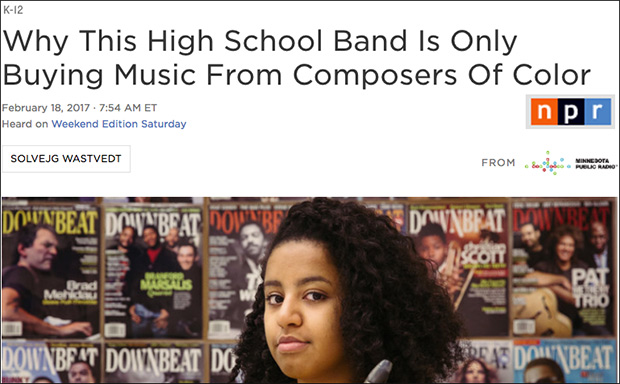 “We made a commitment this year to only buy music from composers of color,” band director Brian Lukkasson admits.

Nora Tycast, another band director at the school, sees no problem with scrapping white composers in the name of “inclusivity.”

“The more you practice talking about race, culture and ethnicity the more comfortable you are,” Tycast told NPR.

Unfortunately finding music to fit their race-exclusion agenda isn’t going so smooth, one of the directors claims.

“It’s really hard to find music because there’s just not a lot of composers of color that are being published,” Lukkasson explains.

As expected, not everyone is on board with the band directors’ decision.

“This is what racism looks like,” a commenter at the conservative Daily Wire said.

Another commenter referred to a quote by civil rights leader Martin Luther King, Jr., who famously stated, “I have a dream that my four little children will one day live in a nation where they will not be judged by the color of their skin, but by the content of their character.”

“Congratulations, idiots,” another person lamented, “on introducing racism into an area where it had all but disappeared.”