Principal orders police to remove student for expressing himself

A student was arrested at an Indiana high school last week after he voiced a dissenting opinion concerning a school official.

200 students staged a sit-in last Wednesday around noon at the Lake Central High School in St. John, Ind., protesting their school’s apparent lack of concern for one of their peers, who recently committed suicide.

The students were upset the school had not made an intercom announcement calling for a moment of silence in honor of their well-liked peer.

“One moment of silence for my son over the intercom, that is all we are asking for from the school,” the mother of the deceased pleaded to principal Robin Tobias, who in turn responded, “Thank you can you please sit down now? You’re not in charge here, I am.”

In footage shot discreetly by one of the student protesters, Principal Tobias is witnessed attempting to lecture students about how staging a sit-in is not the appropriate way to resolve their conflict.

“I am disappointed in every one of you,” Tobias began telling the students after he managed to get them to quiet down.

“We’re disappointed in you,” Hunter Ernst, 18, of Schererville, replied, to which students cheered and applauded in support.

At that point, as if in some future dystopian world, Principal Tobias signaled a school officer to take the boy away. “I’d like him removed please,” Tobias is heard telling the officer.

Ernst was arrested and taken to the Lake County Jail where he was released on bond the same day. He was charged with disorderly conduct, resisting arrest and possession of a pocket knife on school property, the St. John police chief told the NWI Times.

“The students who participated in the sit-in were dismissed from the building, and their teachers were instructed to mark them as absent, Tobias said,” according to the Post Tribune.

“There is a right and wrong way to solve a problem. A sit-in/open protest is not the right way,” Tobias stated.

The principal elaborated in a letter he sent out Wednesday night.

“[..] There is no easy solution when 200 kids decide to create a sit-in within the middle of the school in order to demonstrate a point of view, while making demands. Options could range from yell (and yell louder), make threats, have police arrest them all, suspend them all … etc., all this while trying to reason with emotional teenagers who have defined a personal purpose, but who also need to get back to class.”

Principal Tobias later reasoned that the intercom was not used because of the nature of the death and because the student in question no longer attended Lake Central.

The day of the sit-in protest another student at the school committed suicide.

One of the primary functions public schools serve is to indoctrinate students to accept a culture in which dissent and free thought are neither encouraged, nor tolerated. For the most part they have managed to do this, however, when certain brave students take it upon their own initiative to stand up for what they believe to be right, it is imperative those students be made an example of, lest the contagious glimmer of hope be noted, received and emulated by other students.

“It has been said that America’s schools are the training ground for future generations,” John Whitehead, president of the Rutherford Institute, has written of the indoctrination taking place in public schools. “If so, and unless we can do something to rein in this runaway train, this next generation will be the most compliant, fearful and oppressed generation ever to come of age in America, and they will be marching in lockstep with the police state.” 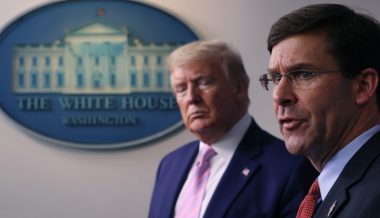