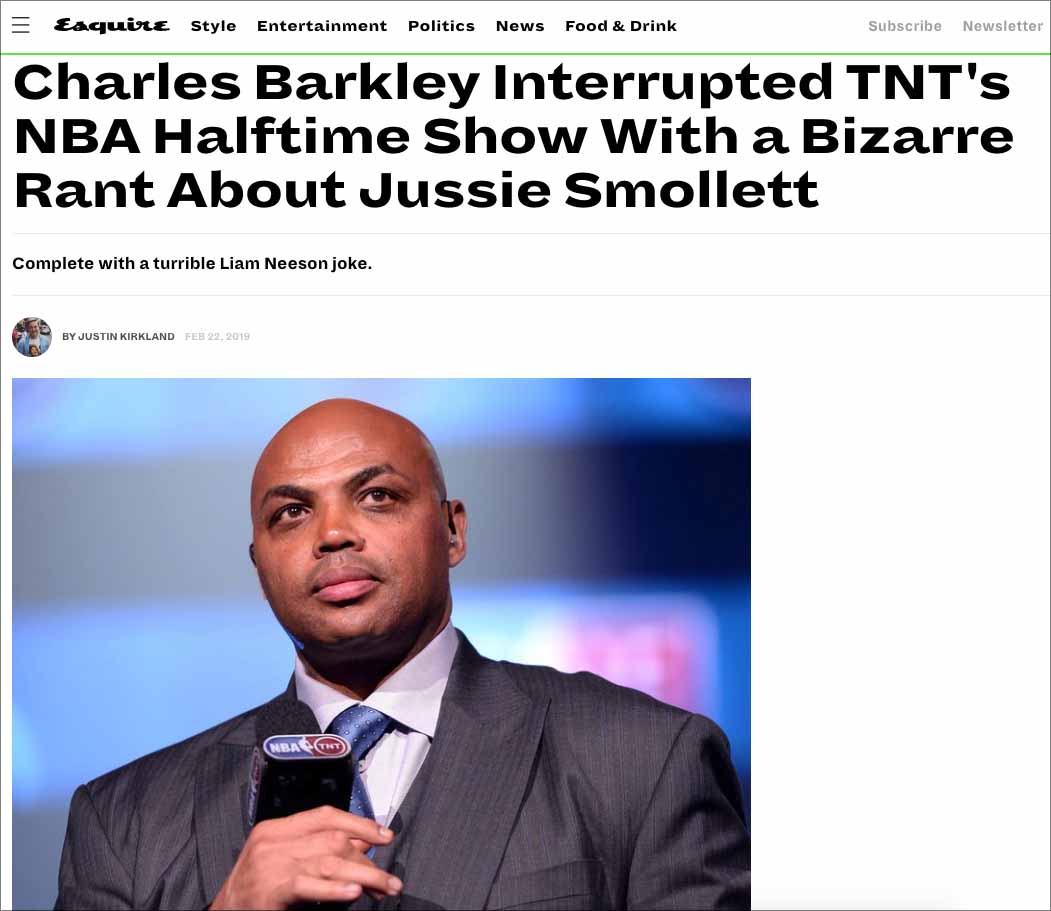 NBA legend Charles Barkley, who is known for refusing to bow to political correctness, went off on Jussie Smollett for hoaxing a hate crime during a Thursday night segment on TNT.

“America, let me just tell you something. Do not commit crimes with checks. If you’re going to break the law, do not write a check,” Barkley said, mocking Smollett for leaving a paper trail.

Barkley also poked fun at Hollywood actor Liam Neeson who recently admitted an urge to kill a “black bastard” after learning his friend was raped by an African American.

“Jussie, you wasted all that damn time and money. You know what you should have did? Just went up to Liam Neeson’s neighborhood. That would have solved all your damn problems,” chuckled Barkley.

Esquire Magazine called the rant “bizarre” and said the Liam Neeson joke was “turrible,” a shot at Barkley’s pronunciation of the word.

“In a word, it’s brutal. In a few more? It’s random, weird, and will make you uncomfortable,” Esquire wrote.

Check out a sample of reactions from Twitter users below:

Esquire comes out with a predictable bad take, which is not bizarre.

What was bizarre about it?

Bizarre? No. Hilarious and spot on. pic.twitter.com/aRZwu7xnLK

I think by 'bizarre rant' you meant 'hilarious asides'

Is bizarre a synonym for hilarious and accurate?

bizarre is what Jussie did

It was hilarious. Get over yourselves

Liberal media pounces on Charles Barkley for sharing his opinion.