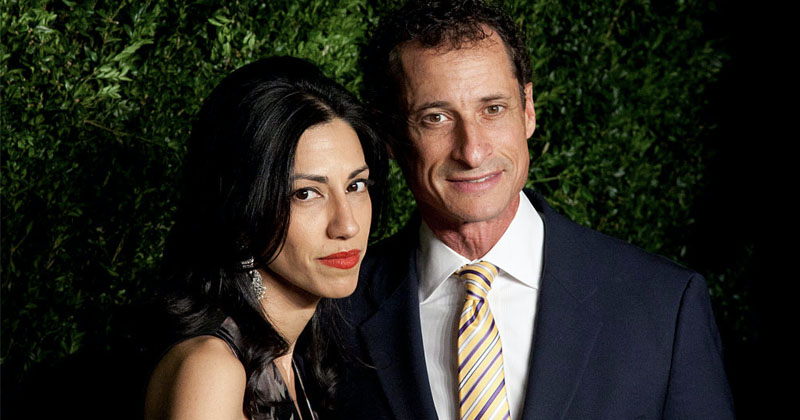 Weiner was spotted by Daily Mail over the weekend lugging boxes and garment bags with a trolley cart into Abedin’s lower Manhattan apartment.

Abedin had filed for divorce the day Weiner pled guilty for sexting a 15-year-old girl in May 2017, but withdrew her request in January, opting instead to settle the divorce privately. 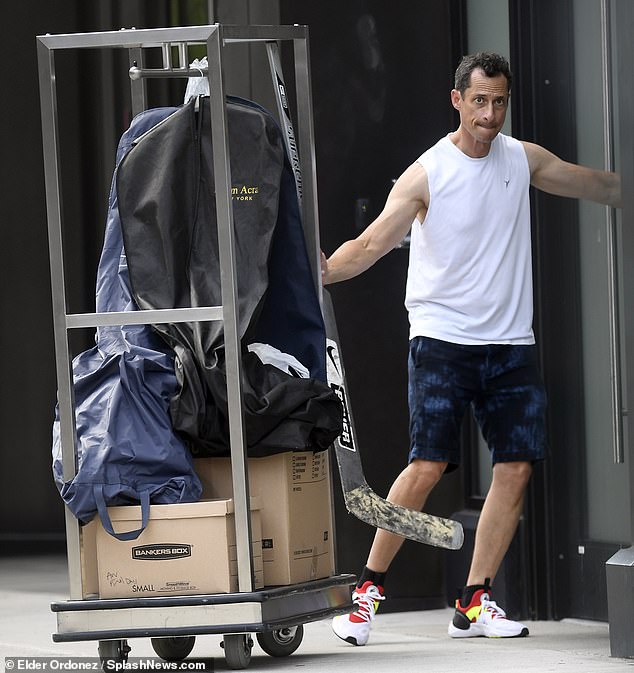 “After long and painful consideration and work on my marriage, I have made the decision to separate from my husband,” Abedin had told the media.

Weiner went to live in a halfway house after he was released from prison in February, and must be registered as a level one sex offender for the next 20 years.

Weiner’s years-long reputation as a creepy pervert was so well-documented that colleagues close to Abedin were puzzled as to why she continued to stay with him throughout his many scandals, and up until the moment he pled guilty.

For example, in 2012, after Weiner’s first “dick pic” scandal, Abedin defended Weiner and said they were working through it as a family.

“It took a lot of work to get to where we are today, but I want people to know we’re a normal family,” she said. “Anthony has spent every day since [the scandal] trying to be the best dad and husband he can be. I’m proud to be married to him.”

And now, years after the political expediency of divorcing Weiner at the brink of the 2016 election, Huma has given up all pretense of acting like she never enabled Weiner’s behavior.

The old idiom “Birds of a feather flock together” comes to mind when observing these two.