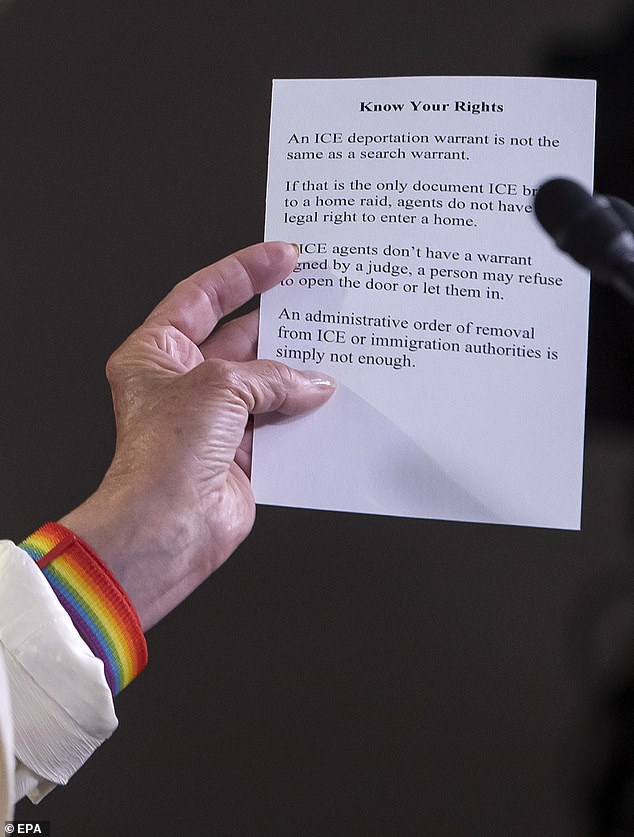 Both Nancy Pelosi and Hillary Clinton spent their days Thursday advising illegal immigrants how to avoid getting arrested by Immigration and Customs Enforcement in actions scheduled to take place in ten major cities this weekend.

Pelosi suggested that illegal immigrants don’t have to answer the door to ICE officials, claiming that they must have a warrant.

“An ICE deportation warrant is not the same as a search warrant,” Pelosi said, adding “If that is the only document ICE brings to a home raid, ICE does not have a legal right to enter a home.”

Pelosi read from a card with the title ‘know your rights’, with advice on how to avoid the ICE raids.

Hillary Clinton shard similar advice, urging illegals to remain silent, get a lawyer, and take videos of any ICE agents who come to their doors.

The @nytimes reported overnight that ICE is planning to conduct massive raids this weekend to deport families and “collateral” immigrants who may be nearby.

Share this guidance from @UNITEDWEDREAM on what to do if ICE comes to your door. #HereToStay #CloseTheCamps pic.twitter.com/yE837Jzptj

Clinton charged that President Trump is using “weaponized fear and bigotry” to conduct ICE raids and push for a citizenship question on the next census.

The Trump administration is preparing sweeping raids on undocumented people as the president threatens to go against the Supreme Court and demand citizenship information through the Census.

Weaponized fear and bigotry are the central projects of this administration.

Trump has dropped a plan to to put a citizenship question on the upcoming 2020 census, saying he is “pursuing another option” on the citizenship front.

The President said he would sign an executive order directing every federal agency to provide the Commerce Department all records and “all requested efforts” that could detail how many citizens and non-citizens live in the United States.

Homeland Security officials leaked details of the planned immigration raids to the New York Times earlier this week, suggesting that ICE is targeting at least 2,000 immigrants who have been ordered deported, some because they didn’t appear in court but are still in the US illegally.