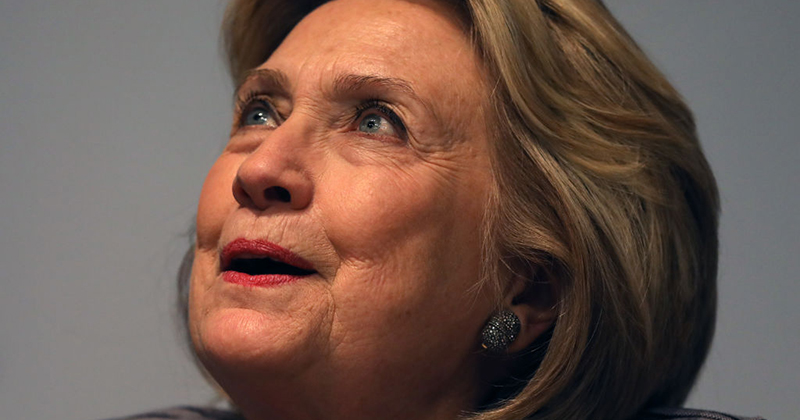 Hillary Clinton fired off a celebratory tweet Thursday, a rarity for someone who has spent the vast majority of the past three years facing crushing defeat and rejection.

The ‘crooked’ one said that Democrats should “feel proud” of their efforts and “keep going,” presumably meaning do everything they can to remove Trump from office in a bogus fashion because they cannot win an election.

The president has abused his power—using his office to further not the nation's objectives but his own personal, political objectives—and, together, we are holding him accountable. Feel proud. Keep going.

The bitter two-time presidential loser was following up on a tweet earlier in the week claiming Americans get to “determine who our leaders are” – despite House Dems literally attempting to overthrow the will of the American voters.

One of our most precious rights as Americans is the right to determine who our leaders are.

The president abused his powers to cheat in the next election and rob us of that right. Then he obstructed Congress to cover it up.

Impeachment is the only remedy. #DefendOurDemocracy

Nancy Pelosi joined Hillary in celebrating Thursday, saying that she has “a spring in my step”, and ridiculously claiming that the impeachment move has bipartisan support.

Democrats can hardly contain their joy at their meaningless charade, having to be restrained by Pelosi when they began to applaud as the impeachment passed the House.

Nancy Pelosi had to shut down Democrat applause when the first article of impeachment passed.

So much for Dems claiming impeachment is "solemn" for them.

What a ridiculous lie! pic.twitter.com/NJjzE8y3t7

The great USMCA Trade Deal (Mexico & Canada) has been sitting on Nancy Pelosi’s desk for 8 months, she doesn’t even know what it says, & today, after passing by a wide margin in the House, Pelosi tried to take credit for it. Labor will vote for Trump. Trade deal is great for USA!