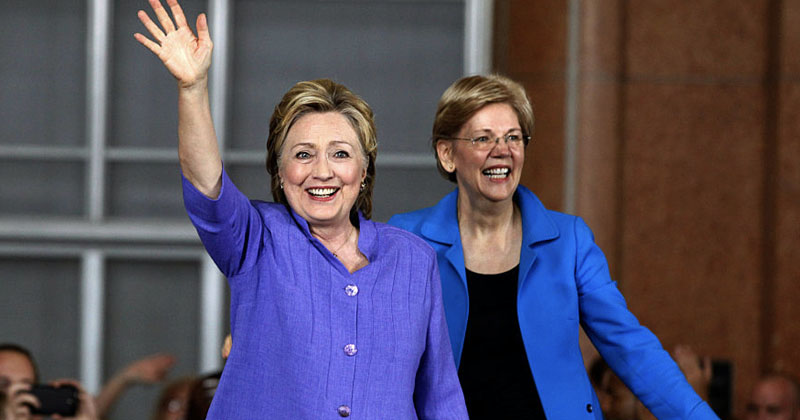 The two have been in communication since the Massachusetts senator announced her presidential run, although both are keeping quiet about it, NBC reports, citing several people who wished to remain anonymous.

It isn’t clear how often the two women speak or what they discuss, but a source close to the former secretary of state said their contact has been recent and has “clearly not gone unnoticed.”

Warren’s team reportedly don’t want to speak about Clinton, likely because of her loss to Donald Trump in 2016 and her unpopularity with progressive Democrats, as well as with Vermont Senator Bernie Sanders’ supporters.

The news that Warren is in talks with Clinton has sparked anger on social media, with some calling her a “centrist opportunist” and saying she is “not an ally to Bernie but to the establishment.”

Others mocked her for taking advice from the woman who lost to Trump, while one even predicted Warren would pick Clinton to be her vice-president.

This won’t help her whatsoever. Why is Warren associating herself w/ the second most hated politician in the U.S? Both were registered Republicans at one point. Birds of a feather. 🤷🏼‍♀️

Hillary pretty openly favored maintaining the status quo, a big part of why she lost. Warren is more insidious, because — like Obama — she pretends to be a candidate who favors sweeping change, when in fact she's just another case of "Meet the new boss — same as the old boss."

if they run with clinton in any way trump wins, bigly.

Although centrist Clinton is problematic within progressive circles of the Democratic Party, she holds sway within its establishment and “would absolutely have influence over a number of delegates to [the Democratic party] convention,” said Deb Kozikowski, the vice chair of the Massachusetts Democratic Party.