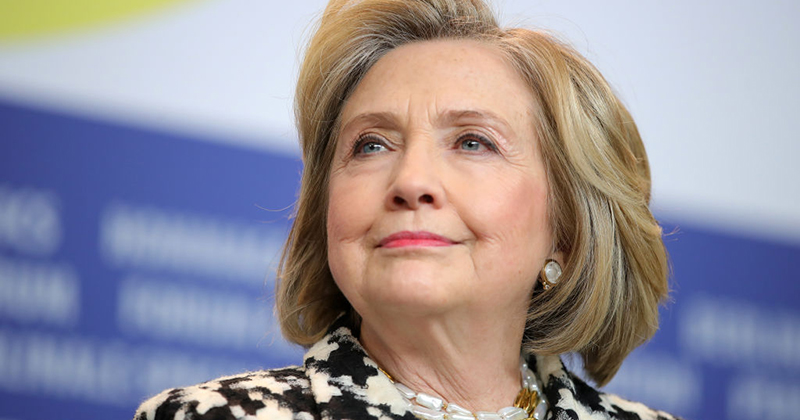 Hillary Clinton “gifted” a prestigious job in the Obama State Department to the nephew of accused pedophile and sex trafficker Ghislaine Maxwell, according to OK! Magazine – and whose employment was confirmed by the Daily Beast.

Alexander Djerassi, the son of Maxwell’s sister Isabel, went from working on Hillary Clinton’s 2008 Presidential campaign, to a “very powerful and prestigious position” within the state department, working under Clinton in charge of the Bureau of Near Eastern Affairs. He returned to Clinton’s 2016 campaign, according to the Beast.

Roger Stone joins The Alex Jones Show to break down what Bannon’s arrest means to the deep state and the current Presidential administration.

“Secretary Clinton gave Alex a job in one of the most sensitive areas of Obama’s executive apparatus,” an anonymous source told OK!. “The fact Alex Djerassi, fresh out of college, was put in charge of the State Department’s Bureau of Near Eastern Affairs, covering the Middle East, was an interesting move.”

“He worked directly on the Arab Spring, and Hillary sent Alex as the US representative to the expatriate rebel groups Friends of Libya and Friends of the Syrian People,” the source continued, adding that Djerassi was given “special treatment.”

A State Department spokesperson confirmed Djerassi’s employment with The Daily Beast, though could not comment on whether the job was in fact “gifted” by Clinton.

A year before Mr. Djerassi’s appointment, his aunt’s ex-boyfriend, Epstein, pleaded guilty to a state charge (one of two) of procuring for prostitution a girl below age 18 and was sentenced to 18 months in prison.

Epstein served almost 13 months before being released for a year of probation on house arrest until August 2010.

According to Djerassi’s LinkedIn profile, “He worked on matters relating to democratization and civil society in the Arab world, the Arab uprisings, and Israeli-Palestinian peace. Djerassi has served as a U.S. representative to the Friends of Libya conferences, Friends of the Syrian People conferences, U.S.-GCC Strategic Coordination Forum, and several UN General Assemblies.”

Djerassi previously worked at the Carnegie Endowment for International Peace, focusing on Tunisia and US foreign policy towards the Middle East and North Africa.

According to the Beast, Derjassi’s name appears in a ‘collection of Clinton’s emails’ published by WikiLeaks – with Assistant Secretary of State Jeffrey Feltman referring to his “special assistant, Alex Djerassi” in November of 2011 and January 2012.

Meanwhile, the Beast also notes his employment on Clinton’s campaign.

From September 2007 to June 2008, Djerassi was a policy associate for Hillary Clinton’s presidential campaign. He listed his job duties as such: “Researched and drafted memos, briefings, and policy papers for candidate, senior staff, and news media on wide range of domestic and foreign policy issues. Prepared for more than 20 debates.” (In late 2007, Epstein was under investigation for trafficking girls in Palm Beach and working on a secret plea deal with federal prosecutors. Maxwell is believed to be one accomplice who was protected under the controversial agreement.)

Bill Clinton notably flew 26 times on the infamous “Lolita Express” belonging to Maxwell associate and convicted pedophile Jeffrey Epstein. The former US President was notably fingered as having been seen on Epstein’s “pedo island” according to court documents released three weeks ago.

More recently, photos of Clinton receiving a neck rub from one of Epstein’s accusers (who said he was a perfect gentleman) surfaced in the Daily Mail.