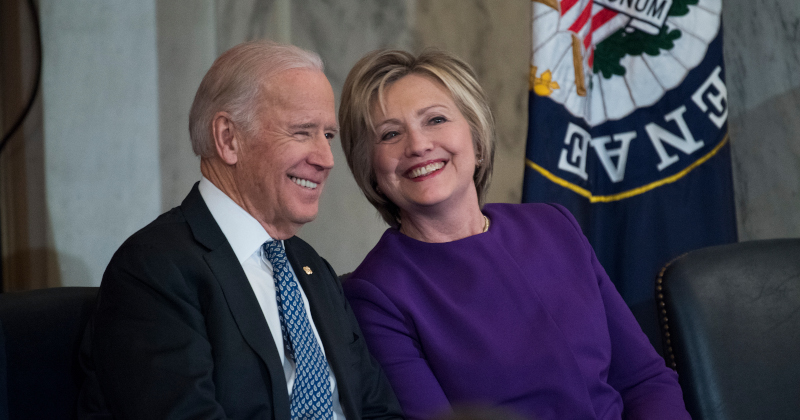 Former US Secretary of State Hillary Clinton on Thursday at the 19th Represents Summit – a series of virtual events commemorating the centennial of the ratification of 19th Amendment guaranteeing a woman’s right to vote in the US – mulled the possibility of joining the next US administration, saying that “if you’re asked to serve, you should certainly consider that.”

A former first lady of the United States and Senator from New York state, Hillary Clinton worked alongside presumptive 2020 Democratic presidential nominee Joe Biden in former US President Barack Obama’s White House, as the nation’s US Secretary of State between 2009 – 2013.

On Tuesday, Clinton welcomed Biden’s selection of California Senator Kamala Harris as his running mate in November, saying that she would be a “strong partner” to the former vice president.

“I’m thrilled to welcome @KamalaHarris to a historic Democratic ticket. She’s already proven herself to be an incredible public servant and leader. And I know she’ll be a strong partner to @JoeBiden,” Clinton tweeted, adding, “Please join me in having her back and getting her elected.”

I'm thrilled to welcome @KamalaHarris to a historic Democratic ticket. She's already proven herself to be an incredible public servant and leader. And I know she’ll be a strong partner to @JoeBiden. Please join me in having her back and getting her elected. pic.twitter.com/cmtOO8Gqqv

On 28 April, the former first lady of the United States announced her endorsement of Biden for president in the November 2020 election.

“I want to add my voice to the many who have endorsed you to be our president,” Clinton said at the time. “Just think what a difference it would make right now if we had a president who not only listened to the science, put facts over fiction, but brought us together, showed the kind of compassion and caring that we need from our president and which Joe Biden has been exemplifying throughout his entire life.”

The former New York state Senator, along with her husband, former US President Bill Clinton, are scheduled to address the Democratic National Convention next week, where Biden will be officially nominated as the party’s candidate.

On Tuesday, Biden announced that he had chosen Kamala Harris as his vice-presidential running mate on the Democratic ticket in the November 2020 election against Republican President Donald Trump and his VP, Mike Pence. Biden praised the Senator as a “fearless fighter” and “one of the country’s finest public servants.”