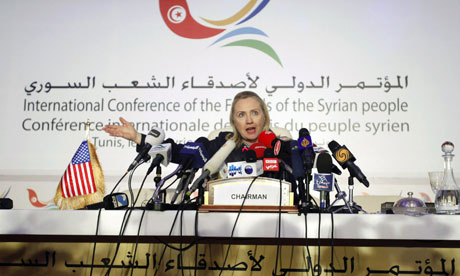 Image: US Secretary of State Hillary Clinton has attempted on numerous occasions to leverage fabricated atrocities to stampede UN resolutions through the Security Council to allow the same destructive, tragic military campaign against Syria that was waged against Libya. Her latest outburst was so overtly fraudulent and patently false, her continuation as Secretary of State risks a permanent and exponentially accelerating decline in US legitimacy worldwide.
….

The unhinged state of US foreign policy is exemplified best by this week’s Tremseh, Syria “massacre.” Before any confirmations could be made, and based solely on “activist” accounts, Hillary Clinton penned a US State Department statement that read:

I was deeply saddened and outraged to learn of reports of yet another massacre committed by the Syrian regime that has claimed the lives of over 200 men, women, and children in the village of Traymseh. Credible reports indicate that this unconscionable act was carried out by artillery, tanks, and helicopters – indisputable evidence that the regime deliberately murdered innocent civilians. Syria cannot be peaceful, stable, or democratic until Assad goes and a political transition begins. We call for an immediate ceasefire in and around Hama to allow the UN observer mission to enter Traymseh. Those who committed these atrocities will be identified and held accountable.

As long as the Assad regime continues to wage war against the Syrian people, the international community must keep increasing the pressure on the regime to halt the violence and allow for a political solution to go forward. The Security Council should put its full weight behind the Annan plan for an immediate ceasefire and a political transition and make clear to the Syrian regime that there will be consequences for non-compliance. History will judge this Council. Its members must ask themselves whether continuing to allow the Assad regime to commit unspeakable violence against its own people is the legacy they want to leave.

The Security Council of course would be putting its “full weight” behind Kofi Annan’s “peace plan” with Chapter 7 provisions in place – meaning that sanctions and military intervention, as it was in Libya, would be subsequently implemented.

What US Secretary of State Hillary Clinton attempted to do, was propose a UN Security Council resolution authorizing military intervention (and by consequence, long sought after regime change), then used fabricated reports to sell the resolution in the court of global public and diplomatic opinion. It constitutes an overt crime against peace, and conspiracy to wage aggressive war -both Nuremberg offenses.

Tremseh was a Battle, Not a Massacre

As the facts emerge as to what really happened in Tremseh, Syria, it becomes evidently clear the US State Department, along with its British, French, German, and Australian counterparts, has attempted to sell yet another NATO war of aggression based on a patently false pretext. The New York Times in their article, “New Details of a Battle Challenge Reports of a Syrian Massacre,”reported that “activists,” the so-called “Free Syria Army” (FSA), and the Western-backed “Syrian National Council” (SNC) all gave conflicting reports.

What could be verified by UN monitors who arrived at the scene, is that the vast majority of those “massacred” were men of fighting age, with some opposition figures conceding that they were indeed militant fighters. The number “200” that Clinton cited, was actually the number of militants that had gathered in Tremseh to plot the next leg of their terrorist activities. Locals had passed the information on to the Syrian Army who surrounded the area and neutralized the fighters during a pitched battle the FSA ultimately lost.

In other words, Hillary Clinton falsified her statement, given before the entire “international community,” claiming “200 men, women, and children” were deliberately massacred, when in reality it was the Syrian military restoring order in the face of armed terrorists. After the military secured the Tremseh area, they put on display a vast cache of weaponry found in the area, as well as captured FSA militants including both Turkish and Libyan fighters – meaning that those not killed in the fighting, were not “executed” as earlier reports falsely stated.

The generation preceding Hillary Clinton’s, those of World War II, swore “never again” to the tragedy of that global conflict. They also swore “never again” to the lies and manipulations that maneuvered millions of people across the globe into deadly conflict with one another. Hillary Clinton’s fabrications and attempts to foist yet another war constructed upon falsehoods betrays that promise made – and thus betrays and jeopardizes the very foundation of all the West stands for.

Hillary Clinton, to continue in her capacity, like the entire Bush Administration before her, compromises and forever stains the credibility and integrity of the United States. It is ironic that the very violence unfolding in Syria today, which Clinton would have the world believe is the work of the “Syrian regime,” was first blueprinted and orchestrated by the US during Bush’s term in office.

Indeed, according to Seymour Hersh’s 2007 New Yorker article, “The Redirection,” the US, Israel, and the Gulf State despots plotted to assemble and unleash a front of sectarian extremists to overthrow the government of Syria. It was during that time that the Syrian Muslim Brotherhood began receiving funding and support from the West while fighters and weapons were assembled in northern Lebanon under the watch of Saad Hariri.

Not only has the Barack Obama administration, with Hillary Clinton as Secretary of State, inherited and perpetuated this violent conspiracy against the Syrian people, it has inherited and perpetuated the dishonor and straining of America’s remaining integrity and global good will. For America’s economy which cannot shoulder another military adventure, for America’s honor which cannot find space to fit another scar, Hillary Clinton must resign and those in Congress and throughout industry must remove support for those squandering the last of America’s once vast potential in pursuit of global hegemony.

Surely Clinton’s resignation would be more symbolic than a serious blow to a system that is in reality driven by corporate-financier interests from amongst their think-tanks, lobbying networks, and media empires, but it would the beginning of a new paradigm that signaled the days of impunity for these special interests drawing to a close.

For the people of America, who most likely will not witness their Secretary of State resign in the wake of the disgrace and irreparable damage she has brought upon her nation, now more than ever they must be resolved to identify, expose, boycott and replace the corporate financier interests for whom Hillary Clinton works. We as a people must begin creating our own, local institutions that serve our interests directly, and begin engaging in real “wrench-turning” activism in place of our current domesticated consumerist attitude towards politics and progress. 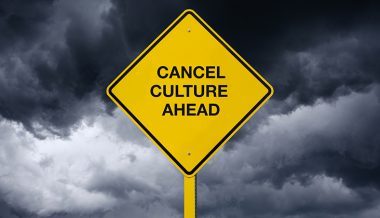 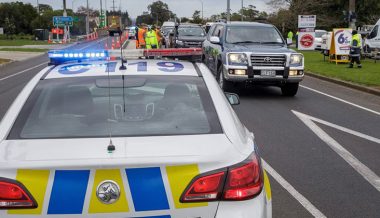