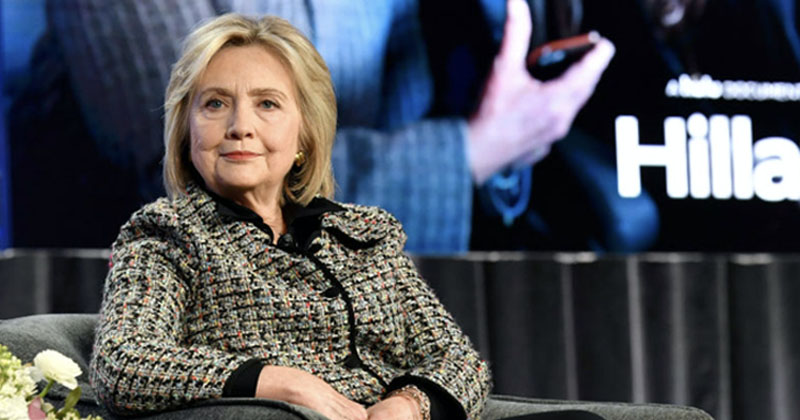 Former presidential loser Hillary Clinton slammed Sen. Bernie Sanders (I-Vt.) in a Hulu documentary series about her, claiming everybody in Washington D.C. hates him and doesn’t want to work with him.

“He was in Congress for years. He had one senator support him,” Clinton said. “Nobody likes him, nobody wants to work with him, he got nothing done. He was a career politician. It’s all just baloney and I feel so bad that people got sucked into it.”

Her comments are remarkable given the Democratic Party helped her rig the primaries against Sanders during the 2016 presidential race by manipulating superdelegates.

The corruption against Sanders was so blatant that Rep. Debbie Wasserman-Schultz (D-Fla.) was forced to resign as DNC Chair the day before the Democrat National Convention.

Clinton is attacking Sanders on behalf of the “moderate” establishment candidates because she, like the rest of the DNC, is aware that a leftist as radical as Sanders could not defeat President Trump in the general election.

In a follow-up interview with The Hollywood Reporter, Clinton refused to confirm if she would endorse Sanders should he become the Democrat nominee, then branded him as a sexist.

“I’m not going to go there yet. We’re still in a very vigorous primary season,” Clinton said. “I will say, however, that it’s not only him, it’s the culture around him. It’s his leadership team. It’s his prominent supporters. It’s his online Bernie Bros and their relentless attacks on lots of his competitors, particularly the women.”

“And I really hope people are paying attention to that because it should be worrisome that he has permitted this culture — not only permitted, [he] seems to really be very much supporting it. And I don’t think we want to go down that road again where you campaign by insult and attack and maybe you try to get some distance from it, but you either don’t know what your campaign and supporters are doing or you’re just giving them a wink and you want them to go after Kamala [Harris] or after Elizabeth [Warren]. I think that that’s a pattern that people should take into account when they make their decisions.”

Sanders responded to Clinton’s jabs in typical Bernie-fashion – rolling over and letting Clinton have her way with him.

“Secretary Clinton is entitled to her point of view,” Sanders said Tuesday, and when asked why she continues to talk about 2016, he said, “ask her.”

Democrats are worried about releasing vote totals in Iowa since it’s about delegates and someone might complain they won the popular vote but didn’t get the most delegates — sound familiar? How Hillary beat Bernie with super delegates but lost to Trump in 2016 with Electoral College