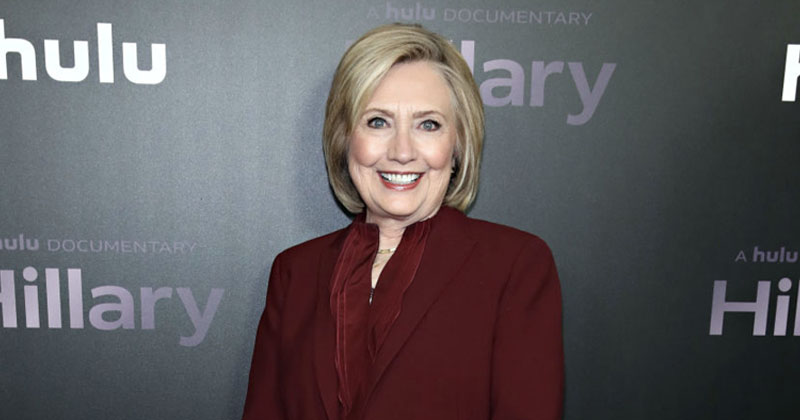 Presidential loser Hillary Clinton retracted her 2015 apology to America for using a private email server while she was Secretary of State in Obama’s administration.

“We’ll just say what you did was a mistake. It was dumb. It’s over. And that will end it,” Clinton said in the Hulu documentary “Hillary” which released Friday.

“I didn’t not believe that. I wasn’t convinced of that. But I understood the frustration of my campaign,” she said in the documentary, according to the Washington Examiner.

“So against my better judgment, I said, ‘OK, fine,’” she said about her apology.

In September 2015, Clinton apologized on ABC News for using a private server for government purposes, resulting in a 2016 FBI investigation which concluded that although she did commit felonies for possessing classified materials, ex-FBI Director James Comey recommended she face no legal consequences.

“As I look back at it now, even though it was allowed, I should have used two accounts. That was a mistake. I’m sorry about that. I take responsibility,” Clinton had said.

Clinton’s logic appears to be: why not take back my apology for committing multiple felonies since the FBI didn’t charge me?

Notably, Clinton will soon be interviewed under oath by a federal court over her email scandal due to a FOIA lawsuit filed by Judicial Watch.

“…to avoid the unsatisfying and inefficient outcome of multiple rounds of fruitless interrogatories and move this almost six-year-old case closer to its conclusion, Judicial Watch will be permitted to clarify and further explore Secretary Clinton’s answers in person and immediately after she gives them. The Court agrees with Judicial Watch – it is time to hear directly from Secretary Clinton,” wrote U.S. District Court Judge Royce Lamberth earlier this week.

Hillary Clinton will be required to testify under oath & cross-examination as judge overrules Barr’s DOJ & Hillary’s State Dept holdovers who are trying to shut down the Benghazi investigation & the subsequent email crimes.