Secretary of State Hillary Clinton made a tacit admission during a U.S. Foreign Policy Priorities committee meeting yesterday, arguing that the State Department needs more money because the US military-industrial complex is “losing the information war” to the likes of Russia Today and Al Jazeera due to the US corporate media having completely abandoned “real news”.

“We are in an information war and we are losing that war,” warned Clinton, in a bid to rustle up more money to fund propaganda to compete with foreign news media, sending a clear message that stations such as Russia Today, which regularly provides a platform to the likes of Alex Jones, Max Keiser, Wayne Madsen, Paul Craig Roberts and Webster Tarpley, are winning the infowar against the globalists.

An example of how frightened the establishment is of Russia Today occurred when adverts for the network encouraging viewers think about both sides of a story were banned by US airports last year.

Clinton noted that, “The Russians have opened up an English language network. I’ve seen it in a couple of countries and it’s quite instructive,” referring to Russia Today, which is now seen all over the world and is a trailblazer in reporting hardcore subjects that the castrated US media dare not touch, such as 9/11 truth, the Bilderberg Group meetings, as well as globalist involvement in hijacking the wave of revolutions currently sweeping across the Middle East and North Africa.

While the US media remains obsessed with polarizing left-right talking head nonsense, the likes of Al Jazeera, China’s CCTV and Russia Today are “winning” and attracting more viewers because they concentrate on reporting “real news,” according to Clinton.

“You may not agree with it, but you feel like you’re getting real news around the clock instead of a million commercials and arguments between talking heads and the kind of stuff that we do on our news which is not particularly informative,” said the former First Lady.

“Al Jazeera has been the leader in literally changing people’s minds and attitudes. And like it or hate it, it is really effective,” added Clinton.

“I remember having an Afghan general tell me that the only thing he thought about Americans is that all the men wrestled and the women walked around in bikinis because the only TV he ever saw was Baywatch and World Wide Wrestling,” said Clinton, acknowledging the fact that American television is now so dumbed down that it is negatively shaping international perceptions of the United States.

“Our private media, particularly cultural programming often works at counter purposes to what we truly are as Americans,” said Clinton, alluding to the fact that US television has now reached such a lowest common denominator level that it is harming the very fabric of society.

Of course, Clinton, a CFR member and a leading globalist, couldn’t care less about harming the fabric of society, but she is obviously panicked about the fact that the US corporate media is now so distrusted and disparaged that it is rapidly losing its value to the US military-industrial complex as a vehicle through which to sell wars and hoodwink the public into swallowing official explanations behind staged crises that are used to eviscerate their freedoms and livelihoods.

That’s why Clinton is railing against Republican efforts to cut the State Department budget in half, as well as using Twitter and other social media to spread US military-industrial complex propaganda via twitter feeds in Arabic and Farsi. In addition, according to a recent report by Computerworld, “The U.S. government contracted HBGary Federal for the development of software which could create multiple fake social media profiles to manipulate and sway public opinion on controversial issues by promoting propaganda.” 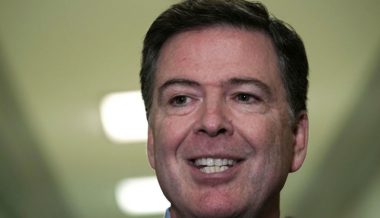