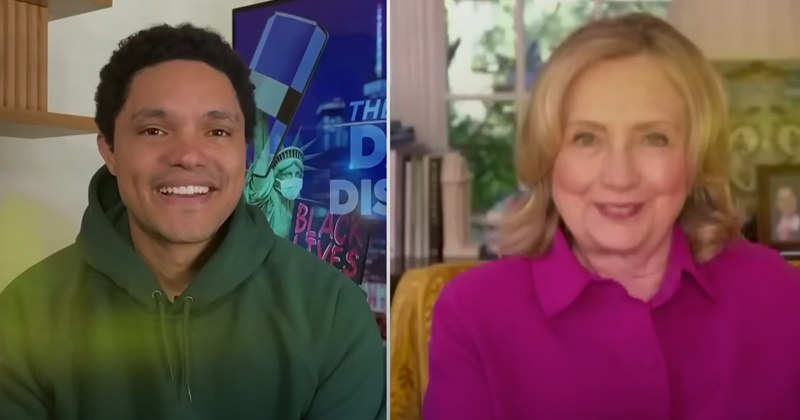 Defeated Democrat presidential candidate Hillary Clinton urged her party to “be ready” for the possibility that President Trump will not “go quietly” if he loses his re-election bid.

Appearing on The Daily Show, Clinton criticized the president’s opposition to mail-in ballots as a voter suppression scheme.

“It seems like America is on an ominous path to a November date when there is going to be a lot of questions in and around the election,” host Trevor Noah told Clinton. “Donald Trump is vehemently against mail-in voting. What do you make of this, and what do you think the path is to getting people the easiest access to casting their votes?”

“Republicans have two prongs to their strategy to try and win,” Clinton replied. “The first one is prevent as many people who think they won’t vote for them from voting. So you know, make the lines really long where young people vote, or African-Americans vote or Hispanics vote. Try to make vote-by-mail as difficult as possible, claim it’s fraudulent when indeed it’s not, in fact, that is how Donald Trump votes and everybody who knows about vote-by-mail understands that.”

Clinton was then asked if she feared Trump could refuse to step down and dispute the legitimacy of the election results.

“Well, I think it is, um, a fair point to raise as to whether or not, if he loses, um, he’s going to go quietly or not, uh, and we have to be ready for that,” she responded, going on to claim Republicans ran a misinformation campaign against her in the last election.

“But there have been so many academic studies and other analyses which point out that it’s just a… It’s an inaccurate, fraudulent claim. There isn’t that problem,” Clinton claimed. “All the games that are played and all of the photo IDs and any kind of restriction that can be imposed to try to keep the vote down in places that aren’t going to vote for Republicans, uh, that’s the real danger to the integrity of our election. That combined with misinformation and disinformation and all of the online shenanigans that we saw in 2016.”

“So, I’m… Look, I want a fair election. If people get to vote and they for whatever reason vote, you know, for Donald Trump, okay. We’ll accept it. Not happily. But I don’t think that’s what will happen, because I think the more people who can actually get to the polls, whether by mail or in person, and get their votes counted, then we are going to have the kind of election we should have, and then, uh, it’ll be a win both in the popular vote and in the electoral college.”