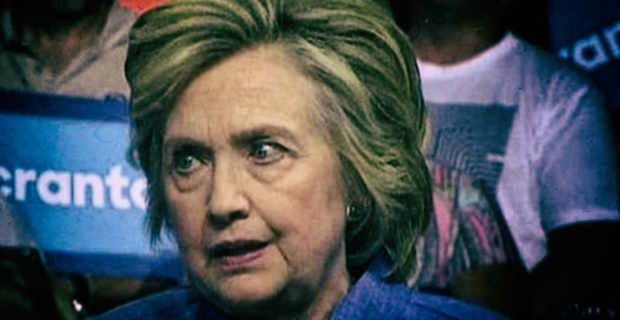 Reports, speculations, rumors abound concerning the health of Hillary Clinton. Among them: she has Parkinson’s.

Obviously, the situation would be clarified if we had access to a complete and unbiased analysis of her health and medical treatment. But how likely is that?

Meanwhile, if Hillary has been diagnosed with Parkinson’s, there are drugs that are routinely prescribed, and their adverse effects should be noted.

With either drug, resulting depression could be treated with an SSRI antidepressant, such as Paxil. That drug also has adverse effects.

Among the side effects of Paxil listed by Drugs.com: weakness; dizziness; blurred vision; visual disturbance; lack of concentration; anxiety; confusion.

“In a May 2006 release in collaboration with the manufacturer GlaxoSmithKline (GSK), the FDA has acknowledged the antidepressant Paxil causes a statistically significant increased rate of suicidality in depressed adults as measured in controlled clinical trials. The results are based on a re-analysis of all adult controlled clinical trials that compared Paxil with placebo. Buried in the FDA/GSK release is an astounding fact: Depressed people are 6.4 times more likely to become suicidal while taking an antidepressant than while taking a sugar pill.” [Emphasis in original]

What about antidepressants, such as Paxil, leading to violence? Writing in Psychology Today, Robert Whitaker, author of Mad in America, states (“Psychiatric Drugs and Violence: A Review of FDA Data Finds A Link”):

“There has been an enduring controversy over whether psychiatric medications can trigger violent actions toward others. A review of the FDA’s Adverse Event Reporting System by Thomas Moore, Joseph Glenmullen and Curt Furberg, which was published by PLoS One on December 15 [2010], found that such ‘adverse events’ are indeed associated with antidepressants and several other types of psychotropic medications.”

Note: Sudden withdrawal from antidepressants can trigger quite severe and dangerous adverse effects.

As I wrote at the top, we need a detailed, clear, and unbiased report on Hillary Clinton’s health and medical treatment. But in the absence of such an assessment, it’s necessary to lay out possibilities, which is what I’m doing here. And those possibilities are sobering, to say the least, when you contemplate Hillary occupying the Oval Office as President and Commander in Chief of all US Armed Forces; and when you factor in her role, for example, in the massive attack on Libya, which reduced that nation to a sea of chaos.