The History Channel tweeted out a picture of George Washington to celebrate the Battle of Gettysburg in 1863: 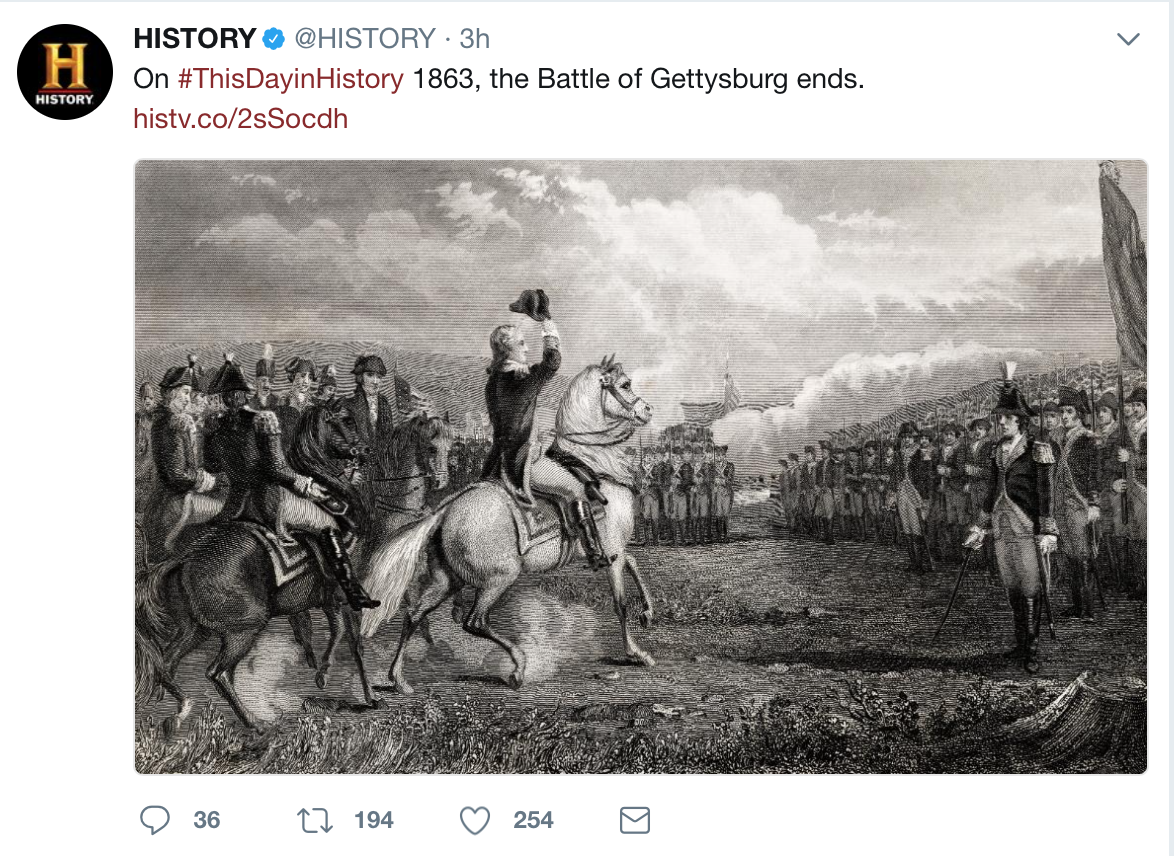 In contrast, Gettysburg was a turning point of the American Civil War nearly 90 years later.

George Washington did take command on July 3, which likely explains why the History Channel used the wrong image.

ABC recently took flak for pushing the since-debunked “Russian collusion” narrative alleging that the Russian government elected President Trump, a claim which of course is the very definition of fake history.

One Trump voter got so fed up that he paid for a billboard blasting ABC: 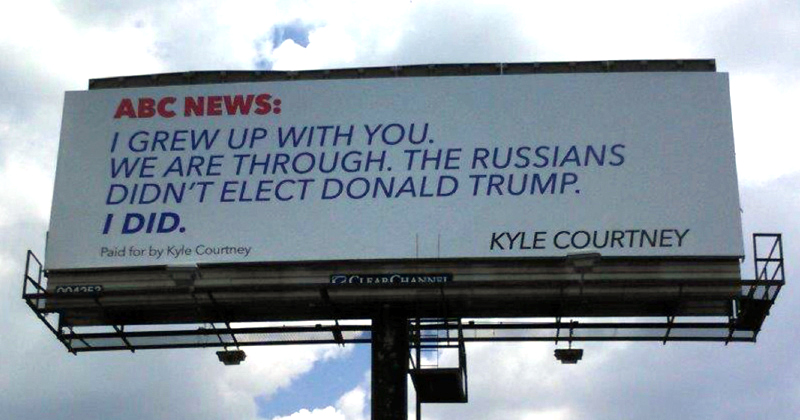 “ABC News was the only channel I watched as a child growing up in Texas but I think they have lost touch with America and forgotten the working man,” the voter, Kyle Courtney, said. “They don’t represent our voice anymore. Hillary Clinton’s presidential campaign was funded by the Clinton Foundation in close coordination with the media, and now we’re seeing them try to fix what they couldn’t fix during the election.”

At least the History Channel’s article linked in the tweet was fairly accurate:

“On the third day of the Battle of Gettysburg, Confederate General Robert E. Lee’s last attempt at breaking the Union line ends in disastrous failure, bringing the most decisive battle of the American Civil War to an end.”