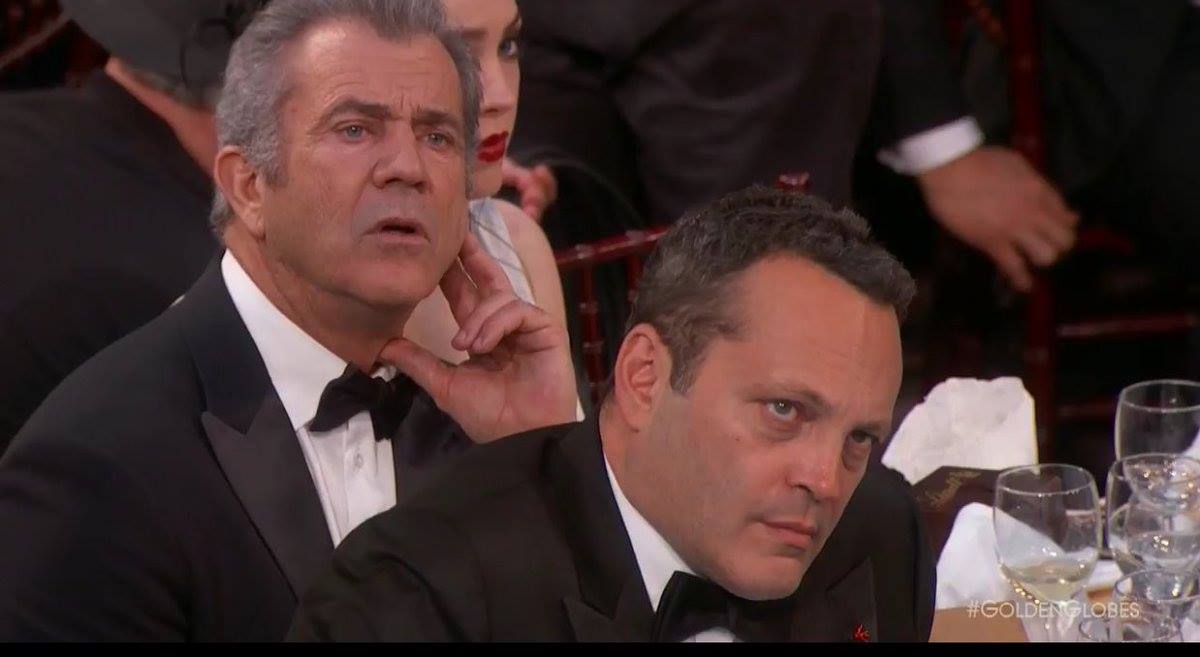 Meryl Streep devoted most of her Golden Globes address to lying about Donald Trump, celebrating the “diversity” of Hollywood, denigrating football and MMA fighting, and glorifying the “vilified” Hollywood foreign press.

She opened her speech by announcing, “I have lost my mind sometime earlier this year,” and spent the remainder proving it.

Streep wasted no time launching into her attack on Trump and his supporters, drawing a correlation between the foreign media and her fellow actors as belonging to the “most vilified segments in American society right now.”

“Think about it,” she continued. “Hollywood, foreigners, and the press…” whence she let her insinuations hang in the air for the laughing audience of clapping sycophants.

While breathily rattling off the life stories of some of her beaming colleagues, she slipped in a reference to those who were foreign-born, asking mockingly, “Where are THEIR birth certificates?” – an obvious allusion to Trump’s challenge of the validity of Barack Hussein Obama’s birth certificate, which was recently proven to be a fraudulent document after a five year investigation by a team of experts from around the world.

After taking a shot at televised football and mixed martial arts (“Which are NOT the arts!”), Streep’s kvetching reached its crescendo, when she took full aim at President-elect Trump.

“There was one performance this year that stunned me,” she said. “It sank its hooks in my heart – not because it was good. There was nothing good about it.”

“It was that moment when the person asking to sit in the most respected seat in our country, imitated a disabled reporter – someone he outranked in privilege, power, and the capacity to fight back. It kind of broke my heart when I saw it, and I still can’t get it out of my head because it wasn’t in a movie. It was real life.”

No, Meryl – it was not real life. It never happened. This slanderous fabrication has been so thoroughly debunked, so many times – yet lying leftists continue to parrot it whenever convenient.

Trump struck back at Streep, calling out her dishonesty in the process.

Meryl Streep, one of the most over-rated actresses in Hollywood, doesn't know me but attacked last night at the Golden Globes. She is a…..

Hillary flunky who lost big. For the 100th time, I never "mocked" a disabled reporter (would never do that) but simply showed him…….

"groveling" when he totally changed a 16 year old story that he had written in order to make me look bad. Just more very dishonest media!

The camera panned the faces of melancholy, tearful virtue signalers in the crowd as Streep lamented, “Disrespect invites disrespect. Violence incites violence. When the powerful use their position to bully others, we all lose.”

“We need the principled press to hold power to account, to call him on the carpet for every outrage,” she declared, to a wildly applauding congregation.

Despite the nearly universal conformity of sentiment in the room, it was clear that at least two in attendance were not thrilled by Streep’s insipid outburst. Expressions on the faces of atypical characters Mel Gibson and Vince Vaughn, who collaborated on the highly-acclaimed Hacksaw Ridge, spoke volumes.

The socialists and snobs from Tinseltown never miss an opportunity to remind everyday Americans how much they despise us, which in turn persuades an ever-growing crowd of We the Deplorables to turn off our televisions and skip the movie theater altogether.