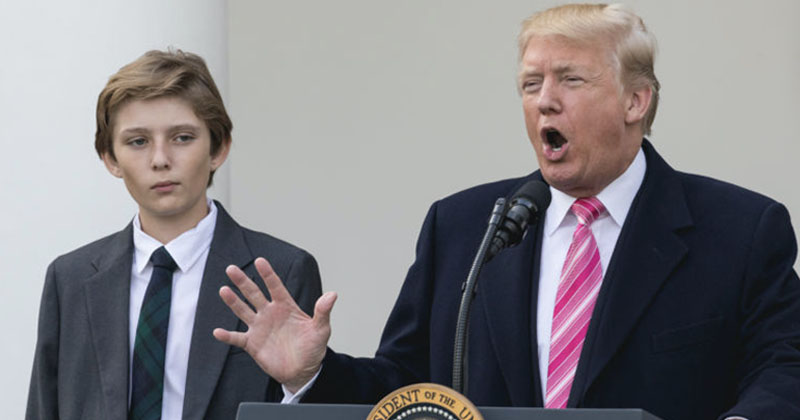 Liberal Hollywood is continuing its anti-Trump crusade by moving forward with a film about Donald Trump’s young son Barron determined to derail his father’s 2016 presidential campaign.

“Curcio’s screenplay imagines a younger Barron, ‘fearing the devastating impact that his father’s presidency would have on his personal life, his country and the world at large.’ In light of this fictional dilemma, Barron ‘sets out to sabotage his father’s 2016 campaign,'” Variety reports. 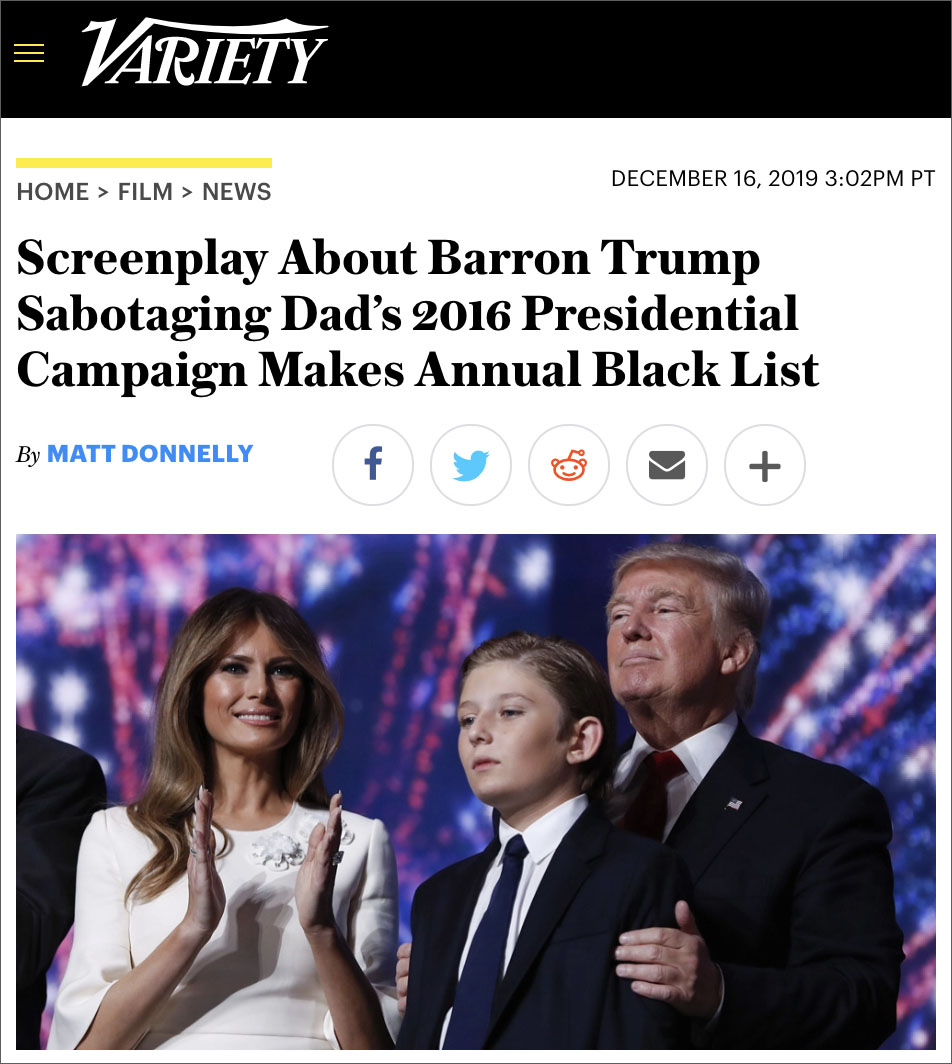 The film gained Hollywood’s attention after the screenplay recently made it to the “Black List,” a ranking of Hollywood’s best unproduced scripts.

The screen writer has a talent agency behind his project but currently no producers are on board yet.

“UTA reps Curcio, a team consisting of Charles Ferraro, Riley Folsom, Jordan Lonner and Bill Zotti, along with his manager Jeff Portnoy of Bellevue Productions. The project does not currently have producers or financiers attached.”

“A minor child deserves privacy and should be kept out of politics,” the First Lady tweeted. “Pamela Karlan, you should be ashamed of your very angry and obviously biased public pandering, and using a child to do it.”

Harrison & Will react to a trailer of an upcoming anti-Trump movie called the “The Hunt.”