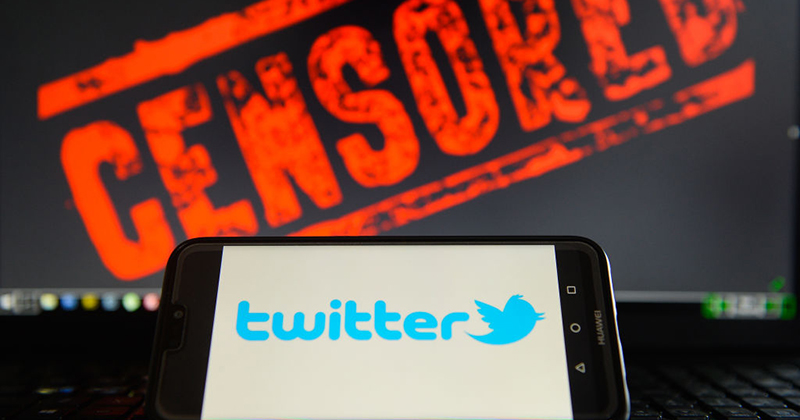 Hollywood braindeads celebrated Wednesday as it emerged that Twitter is actively censoring the President of The United States and directing anyone who reads Trump’s tweets to a barrage of leftist opinion overseen by a hardcore anti-trumper.

Here’s just a small selection of pointless out of work celebrities cheering the big-tech censorship:

MASSIVE. Twitter says it will put a warning label on the Lies and Disinformation tweeted by Trump. Since Trump is incapable of tweeting without lying, adios amigo. And don’t let the door hit you on the way out.

Your incompetence led to the unnecessary deaths of tens of thousands of innocent Americans and destroyed the economy that @BarackObama built. You’re a racist birther, a puppet of Vladimir Putin and a conman. You’re destroying our future. Fact check that, you malignant narcissist. https://t.co/WalxYKVgiV

This is excellent. Trumps false claims will now be flagged as such pic.twitter.com/Fct3moRvi8

Thank you @Twitter for slapping this fact-check on Dear Leader. pic.twitter.com/r73T2UhKqB

They’ve long been clambering for Orange man to be silenced. Mere censorship isn’t enough for some:

Donald Trump is officially the most loathsome man on the planet: Twitter Must Cleanse the Trump Stain https://t.co/mfSIxX1R9B

From Psycho Joe to Sleepy Joe.

From mail in ballot fraud to Connor Lamb fraud.

From Obamagate to Poligrip to buffet tables to skanks.

Translation: Trump sees the polls and 100,000 dead and is in full, tilt, boogie panic mode.#TakeTrumpOffTwitter pic.twitter.com/guX8wc2bsc

While Twitter has instituted ‘fact checking’ on Trump’s tweets, other governments and heads of state, such as the Communist Chinese, have not been subject to such censorship.

Members of the CCP in China are free to regularly claim that the coronavirus is a US bio-weapon, intentionally released in China by the US military.

The #US keeps calling for transparency & investigation. Why not open up Fort Detrick & other bio-labs for international review? Why not invite #WHO & int'l experts to the US to look into #COVID19 source & response?

This article is very much important to each and every one of us. Please read and retweet it. COVID-19: Further Evidence that the Virus Originated in the US. https://t.co/LPanIo40MR

2/2 CDC was caught on the spot. When did patient zero begin in US? How many people are infected? What are the names of the hospitals? It might be US army who brought the epidemic to Wuhan. Be transparent! Make public your data! US owe us an explanation! pic.twitter.com/vYNZRFPWo3

In our fight against #COVID19, the Chinese government has always been open, transparent & responsible. We always speak the truth with facts. It’s crystal clear which country has been doing everything possible to ensure people’s life & health & promote anti-pandemic cooperation. pic.twitter.com/jGXXVbElPL

No fact check for them.

When Twitter was questioned as to why these posts were allowed without ‘fact checks’, while other people’s posts were being removed or censored, the company responded by saying it ‘makes an exception for government officials.’

The World Health organisation tweeted that the coronavirus was not transmissible between humans, at the behest of China.

No fact check for them.

Seems like its one rule for Trump and another for the Communist Chinese government, as far as Twitter and Google are concerned.