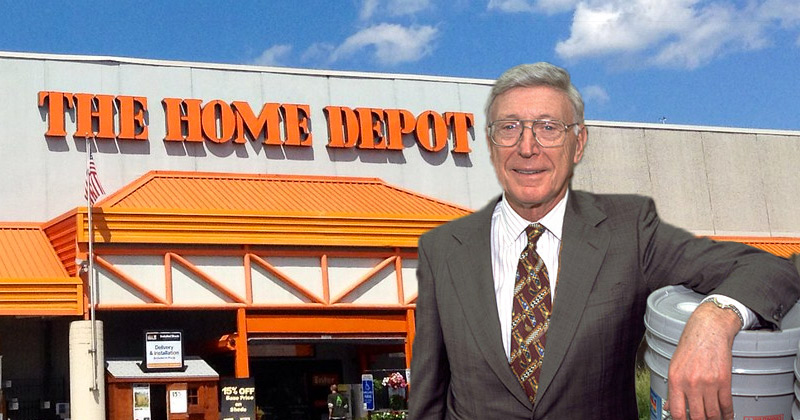 The co-founder of hardware supply giant Home Depot says he was disappointed and angry to learn of the liberal boycott against his company after he vowed to donate more than $110 million to various charities — and some to Trump 2020.

In a ticked-off Facebook post Wednesday, Bernie Marcus, 90, said he was saddened by the boycott, which actually hurts his thousands of employees more than anything. 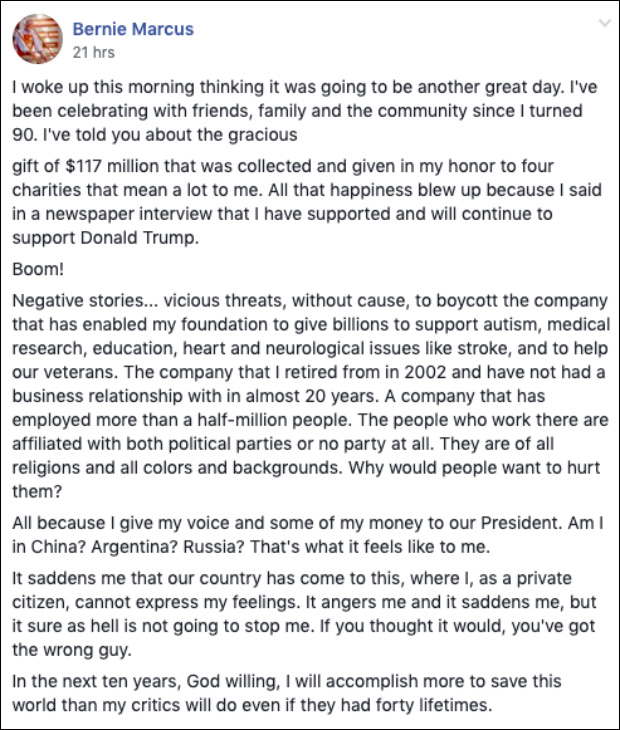 “I woke up this morning thinking it was going to be another great day,” Marcus’ post reads. “I’ve been celebrating with friends, family and the community since I turned 90… All that happiness blew up because I said in a newspaper interview that I have supported and will continue to support Donald Trump.”

Marcus was referring to an interview he did with the the Atlanta Journal-Constitution last month, where he divulged plans make Trump’s re-election campaign one of his beneficiaries.

But rather than receive good news stories about his generous philanthropy, Marcus says he was instead greeted with ire and news of the boycott.

“Boom! Negative stories… vicious threats, without cause, to boycott the company that has enabled my foundation to give billions to support autism, medical research, education, heart and neurological issues like stroke, and to help our veterans. … The people who work there are affiliated with both political parties or no party at all … Why would people want to hurt them?”

“All because I give my voice and some of my money to our President,” Marcus stated, asking if America had become a dictatorial country.

“Am I in China? Argentina? Russia? That’s what it feels like to me.”

Marcus said he was saddened “that our country has come to this, where I, as a private citizen, cannot express my feelings.”

“It angers me and it saddens me, but it sure as hell is not going to stop me,” he emphasized.

“If you thought it would, you’ve got the wrong guy. In the next ten years, God willing, I will accomplish more to save this world than my critics will do even if they had forty lifetimes.”

During his interview with the Journal-Constitution, Marcus said he liked Trump because the country was better off now than during the last administration.