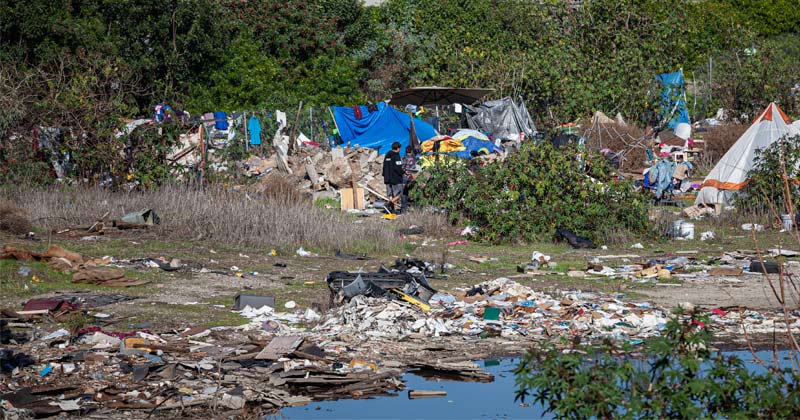 Officials are warning that a homeless camp in Austin, Texas, which is typical of such camps across the nation, is polluting the local wateshed.

Footage from a Fox 5 report shows garbage and recluse contaminating a watershed outside an underground homeless camp that was dug under a road.

“[The homeless] have become very resourceful in dealing with the lack of no power, so they [use] an [electric] generator we have to account for that leaking into the watershed,” a firefighter said.

Fox 5 reported that the local watershed department visited the site, which is littered with used needles, back in July after receiving complaints.

A hazmat team also visited the site as well.

“Last week, the city began cleaning up homeless camps and watersheds as part of a $250,000 year-long contract that could be extended,” the outlet reported. “The city is flexible on how many sites they will clean up this year, but right now they’re slated to clean up approximately 20.”

Austin, like many other cities, has undeveloped ‘green belts’ with streams of water which attract homeless camps due to their seclusion away from populated areas.

This, however, leads to routine pollution of the watersheds.

Last year, NBC4 News reported that a homeless camp on the banks of the San Gabriel River is threatening the water supply for the city of Azusa, Calif.

“…Over here [at the river] is actually where Azusa gets its water supply, yet on the banks are literally bags of feces and urine,” according to a reporter. “Everything that ends up there ends up in the water supply.”