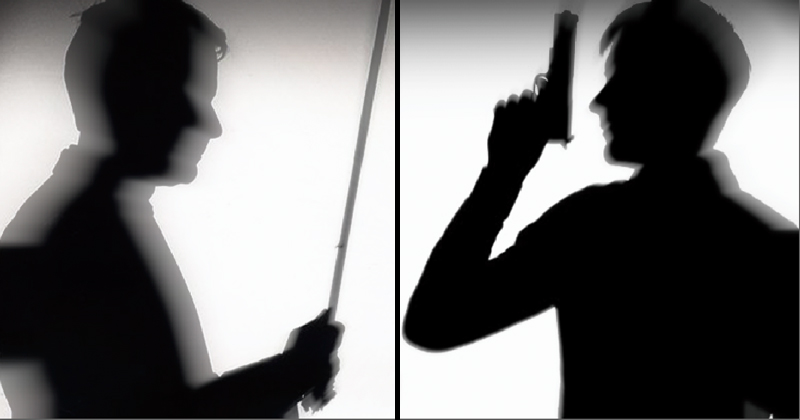 A Washington homeowner attempted to ward off a home invader with a stick last week, but needed to resort to more drastic measures to defend his property.

The intruder, identified as a homeless man, found himself on the wrong end of a Thurston County resident’s gun Friday when he attacked the man after attempting to enter his home through the back door.

“Detectives say the homeowner did his best to fend off the burglary suspect in his kitchen, using a piece of wood,” reports Q13fox.com. “When that wasn’t enough, he fired a single shot, hitting the intruder in the chest.”

The man’s neighbor Ernie Brown, a former police officer and marine, said the man reacted correctly and said the homeless problem has become a nuisance lately.

“There are signs up there telling ‘em they’re not supposed to do that,” Brown told reporters.

“They’re not being nice,” he added. “Why should we be nice to them?”

“Preliminary investigation reveals adult male home owner shot transient Burglar suspect once in the chest as the Suspect attacked him within the kitchen of the home,’ the Thurston County sheriff’s department wrote on Facebook.

“The suspect was transported to St. Peter’s Hospital with a single gunshot wound to the chest and is expected to survive based on the latest known condition.”

According to Q13 police are charging the homeless man with first degree residential burglary as soon as he’s out of the hospital, but there are no plans to pursue charges against the homeowner, who police say was well within his rights.

“The homeowner knew that he did the right thing, and the only thing he could do to protect himself and his wife,” said Thurston County Sheriff’s Lt. Tim Rudloff.