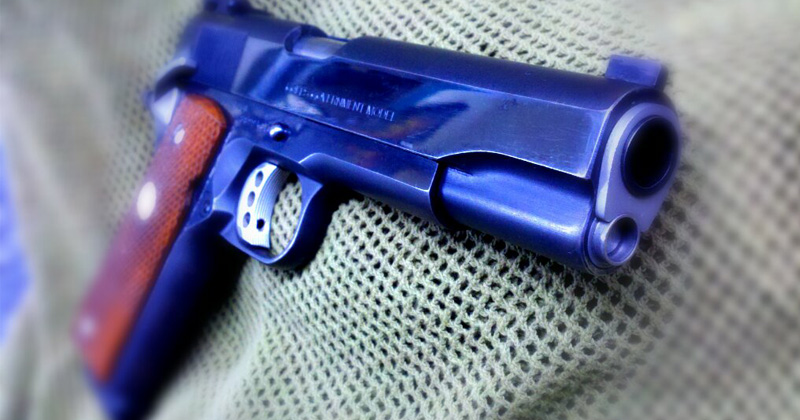 A woman suspected of trying to break into a home with a hammer and a gun before she was shot at by the homeowner was arrested by police.

Police believe the suspect broke a window of the home in Broken Arrow, Okla., in August with a hammer but was then confronted by the homeowner who shot at her several times.

“In that moment, you never really know what you’ll do,”the homeowner, Lori Graham, told local media. “You don’t know if you will have what it takes … and I’m grateful that I did.”

The suspect wasn’t shot, but she did flee the scene.

“She said she would be back, and if she needed to, she would kill me,” Graham added.

The suspect, who police say confessed, was arrested in Missouri last week and charged with attempted robbery with a dangerous weapon and first-degree burglary.

“It is believed the suspect may have arrived at the residence to retrieve property she thought to belonged to her,” detectives said.

Imagine what would have happened in the homeowner wasn’t armed.

In another similar incident in Sept., a homeowner shot an invader during his second burglary attempt in a neighborhood outside Elizabethtown, Kentucky.

State troopers said that residents had warned each other about the suspect who had been wandering around the neighborhood for a few days.

“It’s very rural, but they look out for each other back in that area,” said one trooper.

The fact that state troopers were the first responders is indicative of how rural the area really is, and it’s unlikely that the troopers were able to respond to the scene promptly.

“What’s not hard to understand is that in a neighborhood like this one, a neighborhood that resembles much of flyover USA, guns are an essential tool for those whose survival instincts are still very much intact,” reported Concealednation.org.