Russia is getting ready to counteract and repel land-sea-air military aggression on its western, northern, southern and eastern borders simultaneously, as massive drills of all military branches are underway across Russia.

Motorized infantry, combat aviation and Spetznaz troops have been put on alert in all nine time zones of the Russian Federation, including the Volga region, Urals, Western Siberia, the Far East region and the Pacific, the North Caucasus and along the borders of NATO member states from the Arctic through to the Baltic and Black Sea.

The ongoing military drills are taking place concurrently with US military exercises in the Baltic region and NATO naval drills in the Black Sea.

Russia has notified the countries of the Organization for Security and Co-operation in Europe (OSCE) of the Northern Fleet exercises that are happening March 16-21, Deputy Defense Minister Anatoly Antonov announced on Tuesday.

The operational zone of the Northern Fleet’s drills has been expanded to the Norwegian Sea, and the number of deployed naval task groups has been increased to five, the Defense Ministry reported. “The commanding staff of the Northern Fleet has decided to build up the contingent involved in training missions to defend Russia’s borders in the Arctic,” the ministry said in a statement.

More than 20 ships of the Russia’s Baltic Fleet are out at sea conducting defense drills, the Russian Western Military District’s press service announced on Wednesday. The ships, deployed in several tactical groups, are performing artillery, anti-submarine and air defense exercises. Part of the training has been assigned for nighttime.

Paratroopers from the Ivanovo Airborne Division have been relocated inside the Arctic Circle next to the Norwegian border on Ilyushin Il-76 airlifters to train countering subversive groups, maintain anti-aircraft defense, perform engineering and radiation reconnaissance and sharpen field camouflage skills.

The Defense Ministry reported on Wednesday that Russian marines from Temryuk in south Russia’s Krasnodar region have been put on full combat readiness and are training next to the Kerch Strait connecting the Black Sea and the Sea of Azov. The units are conducting exercises in conditions similar to real military activities, using simulation tools to train counteracting subversive groups and repelling enemy amphibious assault landings.

Russia’s strategic command has put mechanized troops of the Eastern Military District, deployed on the island of Sakhalin in the Pacific, on the highest levels of combat alert. Up to 3,000 troops and nearly 1,000 military vehicles are training defense of the coast in close cooperation with the Air Force.

Over 30 army aviation crews are being relocated from airfields in the Leningrad and Smolensk regions to a military airfield in the Arctic. Mil Mi-24 and Mi-8 helicopters are set to cover over 1,500 kilometers with a stopover for refueling in the Karelia region.

Over 2,000 engineer troops and 350 special vehicles of the Central Military Command are training in demining all types of military explosives, using brand-new standoff IED detection vehicles.

The ongoing snap check of the military involves about 76,000 troops, over 10,000 units of military hardware and special equipment, 65 battleships,16 support vessels, 15 submarines, 200 warplanes and helicopters. 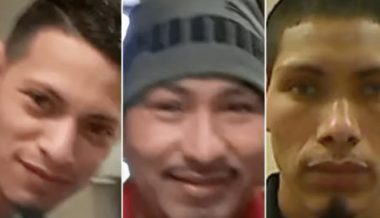 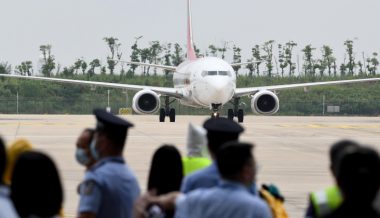