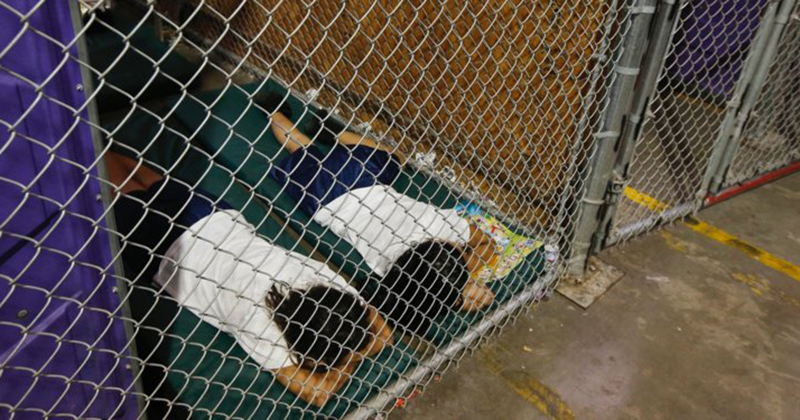 House Democrats were forced to delete a tweet announcing its “Kids in Cages” hearing this week after realizing the photograph they used to promote the event was taken during the Obama Administration.

In a tweet yesterday, the House Oversight Committee posted wrote, “Last week, members of our committee visited a detention center at the southern border and discovered grotesque treatment of children. This week, we are examining the inhumane treatment of the children in these detention centers.”

The tweet included a photograph of migrant children behind a cage sleeping on the floor with solar blankets, however, it was taken in 2014, during the Obama administration.

The Trump campaign was quick to point out the mistake, and called out the Democrats on Twitter.

“House Democrats are promoting their ‘civil rights’ hearing on ‘kids in cages’ and ‘inhumane treatment’ with a photo from 2014, when Joe Biden was Vice President. So dishonest!” the campaign wrote.

House Democrats are promoting their "civil rights" hearing on "kids in cages" and "inhumane treatment" with a photo from 2014, when Joe Biden was Vice President. So dishonest! pic.twitter.com/Exuj1eudrr

House Oversight Committee Republicans also pointed out the error, writing on Twitter, “You all know that’s a picture from 2014, right? Remind us who was President then.”

“The photos, taken by The Associated Press, were from 2014, during the Obama administration, but were presented by liberal activists as if they showed the effects of Trump’s immigration policy now.”https://t.co/9x3F7VYUTz

Lawyer Norm Pattis joins The Alex Jones Show to break down the historic and rare decision in the case against Alex Jones to be heard before the Connecticut State Supreme Court.