During an interview with Time posted on Thursday, retiring House Intelligence Committee chairman Mike Rogers said the Obama administration has pursued a “kinder, gentler approach” to the war on terror.

Pressed for details, Rogers said he is not authorized the divulge specifics. He said, however, under Obama the United States has “taken people off the battlefield that have been disruptive” to the ability of al-Qaeda to plan and carry out operations.

Mr. Rogers omitted the fact Obama has significantly expanded the use of drones, first introduced by his predecessor, and has not closed the concentration camp located Guantanamo Bay, as promised when he ran for president.

Upon taking office in 2009, Obama “almost immediately made drones one of his key national security tools. By mid-April 2013, he had already authorized 307 strikes in Pakistan, six times more than the number of strikes carried out during President Bush’s entire eight years in office,” notes Peter Bergen, the director of the National Security Studies Program at the New America Foundation.

Moreover, as admitted by Bush’s NSA director, Michael Hayden, unconstitutional surveillance programs have “expanded” under Obama. This should be a fact Rogers is keenly aware of as the chairman of the House Intelligence Committee.

Apart from al-Qaeda, Rogers said cyber terrorism is the “biggest national-security threat I’ve ever seen, one that we’re not prepared to deal with.” He said reducing the size of the U.S. military “has said to countries they can invade their neighbors without fear of retribution.” Rogers said Iran and its “interest in getting a nuclear weapon” also poses a threat.

As for the alleged grave threat posed by cyber terrorism, a number of experts have dispelled it as greatly exaggerated. Bruce Schneier, an American cryptographer, computer security and privacy specialist wrote for CNN in 2010 the “entire national debate on cyberwar is plagued with exaggerations and hyperbole.” Schneier added that “the risks of a cyberwar are no greater than the risks of a ground invasion.”

Rogers also said former NSA analyst Edward Snowden “is definitely under the influence of Russian officials,” is “living about a mile from the FSB [Russian security service] facilities,” allegedly “has regular conversations with the FSB” and is “putting the U.S. at risk.” 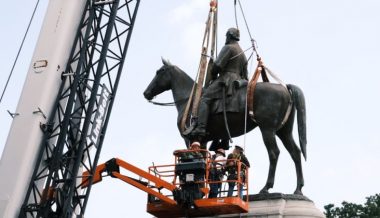