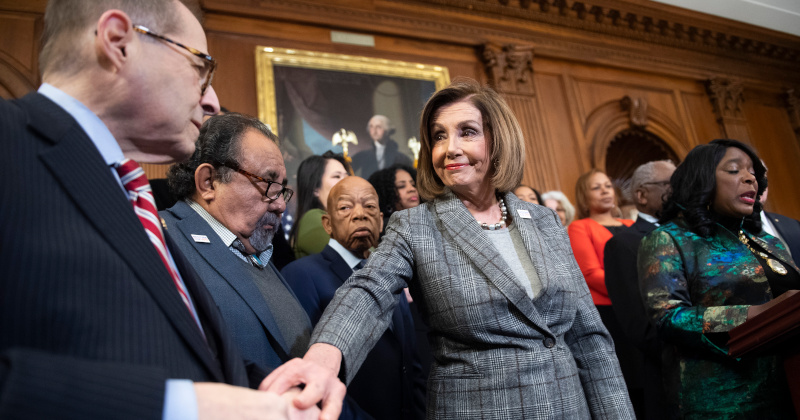 Democratic and Republican lawyers are set to present evidence Monday to members of the U.S. House Judiciary Committee as the panel moves toward a possible vote this week on articles of impeachment against President Donald Trump.

The hearing is scheduled to include presentations from lawyers from both the Judiciary Committee and the House Intelligence Committee.

The White House will not be participating. White House Counsel Pat Cipollone criticized the impeachment inquiry unfolding in the Democrat-majority House of Representatives as “completely baseless” and called potential impeachment articles “a reckless abuse of power.”

Trump posted Tweets Sunday labeling the process a “witch hunt,” a “hoax,” and lacking due process, while also sharing numerous posts from others saying he was being treated unfairly.

Democrats say the evidence against the president is clear.

Judiciary Committee Chairman Jerrold Nadler told CNN that Trump would be found guilty in “three minutes flat” if he were facing charges before a criminal court jury that he abused his office by soliciting Ukraine to investigate one of his chief 2020 Democratic presidential challengers, former Vice President Joe Biden.

Nadler said if Trump “had any exculpatory evidence,” he would be making it known rather than rejecting participation in the hearings.

It is not clear how many articles of impeachment Democrats plan to bring against Trump, but Nadler said the Judiciary Committee could vote on them by the end of the week.

The issue would then move to the full House of Representatives where its Democratic majority would be widely expected to approve them, as early as the Christmas recess, sending the impeachment process to the Republican-led Senate for a trial in January.

Two-thirds of the Senate would need to vote to convict Trump and remove him from office, which remains unlikely given the support he retains among members of his party.

There is some division among Democrats about whether to limit impeachment articles to allegations Trump abused his power by asking a foreign government for help in a U.S. election and obstruction for White House refusal to turn over key documents and allow key Trump aides to testify in the investigation, or to expand to include allegations Trump sought to obstruct special counsel Robert Mueller’s investigation of Russian interference in the 2016 election.

Trump could be the third U.S. president to be impeached, after Andrew Johnson in the mid-19th century and Bill Clinton two decades ago, although both were acquitted in Senate trials and remained in office.

Former President Richard Nixon resigned in 1974 in the face of certain impeachment in the Watergate political corruption scandal and cover-up.

A social worker shares her firsthand account with The Alex Jones Show about dealing with a homeless man who was threatened with prison in order to force him to take a microchip implant.