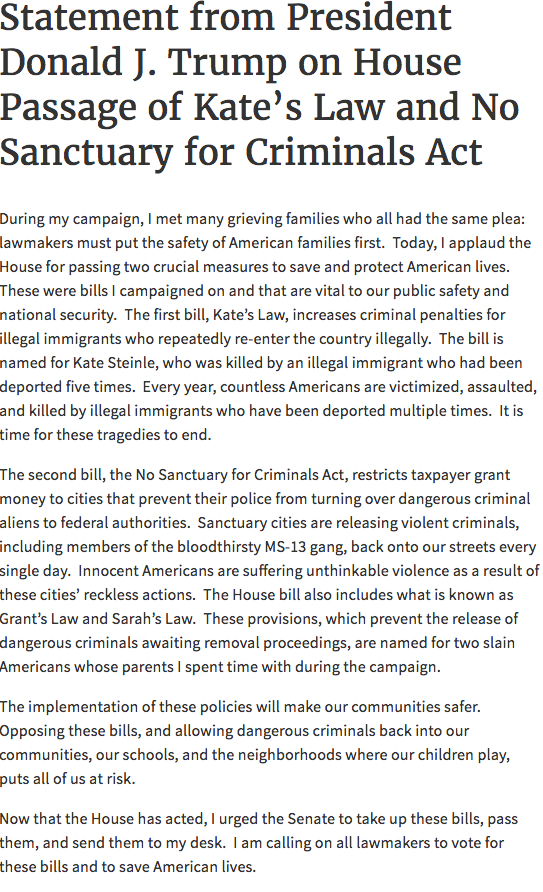 , which targets previously deported illegals who re-enter the country, passed in a 257 to 167 vote, while a measure known as the “No Sanctuary for Criminals Act” passed with a 228 to 195 vote.

In a statement following the bill’s passage, Trump praised the House for passing “two crucial measures to save and protect American lives,” and encouraged the Senate to follow suit. 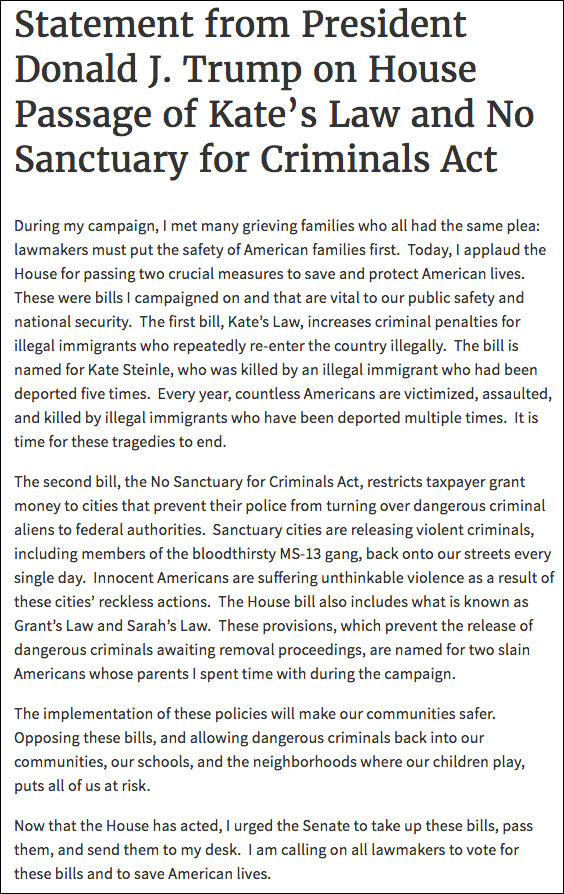 President Trump himself tweeted support for the bills ahead of the vote throughout the day.

In one tweet, the father of Jamiel Shaw recounted to a Fox and Friends panel how his 17-year-old son was murdered in cold blood by an illegal immigrant who had just been released from jail.

Ahead of the vote, Republicans and several Trump administration officials rallied support for the bills.

“These [Sanctuary] policies make all of us less safe by giving shelter to dangerous criminals. Congress can take a major step for public safety by passing these two critical pieces of legislation,” Sessions wrote.

The Washington Post reports the bill may have a harder time getting through the Senate: “The House bills face a major obstacle in the Senate, where Republicans have only 52 seats and need 60 votes to overcome a filibuster. A version of Kate’s Law introduced last year by Sen. Ted Cruz (R-Tex.) failed on a 55-to-42 vote.”