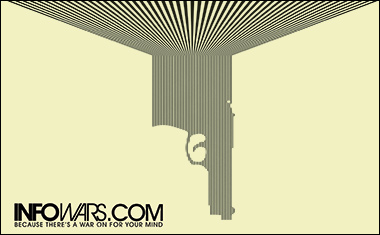 On December 3, the House of Representatives passed a bill banning the manufacture, possession, and sale of plastic guns. So overwhelming was the support for the measure that the rules were suspended and it was passed by voice vote.

The bill extends for 10 years the Undetectable Firearms Act (HR 3626) that was set to expire on December 9. The law was originally enacted in 1988.

Back from its Thanksgiving recess, the Senate will soon begin debate on its version of the bill.

In a report on the vote published by Bloomberg, plans for a Senate expansion of the bill are revealed.

Senator Charles Schumer of New York, the chamber’s No. 3 Democrat, vowed to expand the plastic-gun ban to cover emerging three-dimensional technology that lets individuals make and carry detachable parts that can’t be detected by security.

Schumer lost a bid on Nov. 27 to extend the law for one year, rather than 10, so he could work on closing a “dangerous loophole” he said has emerged since the ban was enacted.

“When it was written in 1988, no one thought that it would be possible to produce these guns,” Schumer said today on a conference call with reporters. “It was done at the behest of the most extreme elements of the far right who believe there shouldn’t be any restrictions on any plastic guns at all.”

Although lawmakers in the House passed the bill, it did not include a provision calling for permanent metal pieces to be installed in the plastic guns produced by 3D printers, the technology referred to by Schumer (shown) in the press conference.

Remarkably, the National Rifle Association, an organization looked to by many as guardians of the right to keep and bear arms as guaranteed by the Second Amendment, has remained silent on the issue, refusing to call for its defeat.

There is one group not keeping mum, however, on the threat posed by the bill and the Schumer proposal: the Gun Owners of America (GOA).

In a call to action on its website, the GOA explains the danger to this fundamental right potentially lurking in a Schumer amendment:

But there is an even bigger danger: Chuck Schumer held a press conference the same day to indicate that he will use the House-passed bill as a vehicle to pass even more gun control. We don’t expect to know Schumer’s bill number or language before he actually offers it, but it will purport to deal with guns from 3-D printers, while actually being much broader.

So here’s what we are doing: We are asking our friends in the Senate to put a “hold” on any effort by Schumer to amend the House bill.

The Senate will only be in session four or five days next week before the House goes out for the year, and Schumer may not be able to get time on the Senate floor without “unanimous consent” from all senators.

So, by doing this, we would force Schumer to give up on his vehicle for banning printer-guns if he wanted any reauthorization of the 1988 bill. If Schumer remains adamant, there will be no re-authorization at all. Even if he capitulates, we’ll see what happens.

It’s not a perfect outcome. But we think it’s an outcome we can probably achieve.

It’s true that the solution suggested by the GOA is not perfect. In a perfect world, the people would force the federal government to remain inside its constitutional cage, refusing to allow it to stray and roam where the Constitution forbids it — in this case, the right to keep and bear arms.

Despite what the NRA and other “conservative” voices would have Americans believe, there is no “reasonable” exception to the “shall not be infringed” phrase.

Our Founding Fathers understood this very well. They knew, from sad, personal experience with the oppression of tyrants, that the right to keep and bear arms was the right that protects all the other rights.

This may be considered as the true palladium of liberty…. The right of self defence [sic] is the first law of nature: in most governments it has been the study of rulers to confine this right within the narrowest limits possible. Wherever standing armies are kept up, and the right of the people to keep and bear arms is, under any colour [sic] or pretext whatsoever, prohibited, liberty, if not already annihilated, is on the brink of destruction.

George Washington understood better than any of his contemporaries that a well-trained but otherwise ad hoc army composed of state militias could prove itself powerful enough to defeat the invading forces of a mighty empire. General Washington recognized the urgent need for a disciplined, organized, and independent state militia. As the continental commander-in-chief, he knew very well that training an army of citizen soldiers — many of whom used their muskets for little more than hunting — was crucial to restoring the freedom of America. In fact, it was the need for a more well-regulated force that compelled Washington to hire the Prussian officer Friedrich von Steuben to drill the soldiers of the Continental Army. His experience in the War for Independence likely inspired this quote, as well. Washington’s experience taught him:

A free people ought not only to be armed and disciplined, but they should have sufficient arms and ammunition to maintain a status of independence from any who might attempt to abuse them, which would include their own government.

Thankfully, the GOA gets it, and is reminding their members that a “plastic gun ban won’t make Americans safer.” In an article under that headline, Erich Platt explains:

Never mind that the Bill of Rights is pretty unequivocal when it guarantees that our gun rights “shall not be infringed.” But for many congressmen, so-called mild “infringements” are merely an opportunity to get a foot in the door for greater mischief much later.

Supporters claim that we need this law to stop bad guys from smuggling guns onto planes. But guess what? Renewing a ban on plastic firearms will not stop criminals from making them or stealing them, any more than Chicago’s gun restrictions have been effective in stopping shootings there.

Truth be told, the Republican Congress solved the problem of terrorists carrying weapons onto planes after 9/11 — not through additional gun bans, but by allowing pilots to use guns to defend themselves and their passengers.

Once again, we see that more guns have meant less crime.

The hour is late but there is still time for Americans to contact their senators and tell them that they expect them to adhere to their oath of office and to refuse to vote for any measure infringing in any way on the right to keep and bear arms, including the plastic gun ban.