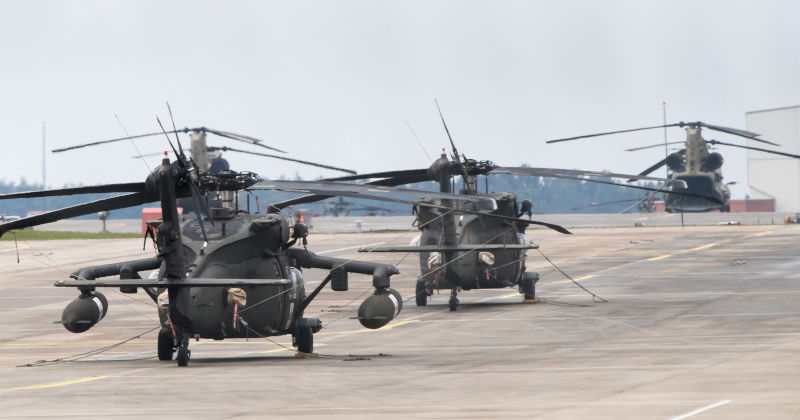 A group of House Republicans led by Michael McCaul and Adam Kinzinger has drafted a letter calling on US President Donald Trump to discard the idea of reducing the presence of American troops in Germany from 34,500 to 25,000, CNN reported, citing an obtained copy of the letter.

The plans emerged soon after German lawmakers from the Social Democratic Party too raised the issue of reducing the US military presence in the country down to zero.

In the letter, lawmakers argue that such a move could severely impede Washington’s ability to “deter” Russia’s alleged malign activities in Europe and will erode the North Atlantic Treaty alliance.

“This is not the time to take any action that might cause the Putin regime to question the credibility of the NATO deterrent or might lead our NATO allies and partners to doubt the US commitment to our collective security”, the letter purportedly said.

The letter, preceded by a similar move from 20 other GOP members of the House Armed Services Committee, further condemns the plan, claiming that Russia and China will try to use it in their alleged attempts to weaken NATO and drive a wedge between the US and its European allies. The Republican lawmakers reportedly believe that these attempts come as part of a new global “great power competition”.

“The US once again finds itself squaring off against authoritarian regimes in Russia and China which actively seek to sow division between the United States and its allies and partners. Our adversaries understand that the American alliance network is at the heart of the US comparative advantage and will seek to exploit any cracks in transatlantic ties”, the obtained letter said.

The GOP’s pushback against the withdrawal comes in the wake of an article by US National Security Adviser Robert O’Brien, who argued in his op-ed that the reduction of troops in Germany is required to “counter China and Russia”. The Pentagon later confirmed that it’s currently working on the matter.

O’Brien insisted that these forces must be “deployed in a more forward and expeditionary manner”. He also suggested that to make up for the reduction, Berlin should contribute more to European security, purportedly referring to its reluctance to meet US demands to start spending 2% of GDP on defence purposes.

Germany, in turn, also raised the issue of the American military presence, but, unlike Washington, mulled a complete withdrawal. The possible move was suggested by lawmakers from the Social Democratic Party – Merkel CDU’s ally in the coalition government – as an alternative to spending money to uphold the operational readiness of the deployed US forces.