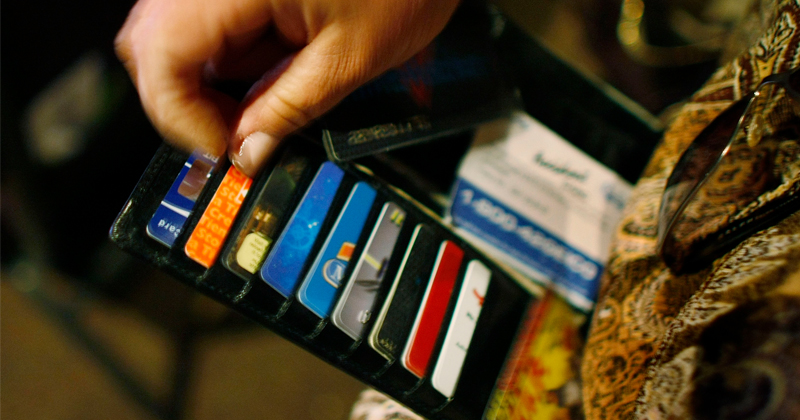 Total household debt was over $1.6 trillion higher than the previous peak in 2008 even before the full force of the coronavirus pandemic government shutdowns hit the economy.

Household debt increased by $155 billion (1.1%) in Q1 to a total of $14.3 trillion, according to the latest data released by the New York Fed. The previous peak was $12.68 trillion in the third quarter of ’08 in the early days of the financial crisis.

Mortgage balances make up the largest component of household debt. Mortgage debt rose by $156 billion in the first quarter to $9.71 trillion.

Non-housing debt was relatively flat through the first three months of the year. Student loan balances rose by another $27 billion to $1.54 trillion and auto loan debt increased by $15 billion. But credit card balances declined by $39 billion in Q1, driven by a steep $338 billion drop in March. This likely reflects the precipitous plunge in consumer spending as governments began to lock down their economies in the last two weeks of that month.

New York Fed VP Andrew Haughwout said it’s too early to tell if the steep drop in credit card balances was a result of the pandemic.

“It is critical to note that the latest report reflects a time when many of the economic effects of the COVID-19 pandemic were only starting to be felt. We do see a larger-than-expected decline in credit card balances based on past seasonal patterns, but it is too soon to confidently assess its connection to the pandemic.”

Americans were driving the economy with borrowed money before coronavirus. At the end of 2019, total consumer debt stood at 19.3% of nominal GDP. This was the highest level ever. Even before coronavirus, we were asking how long the borrowing could keep going and warning that when it stopped, economic growth would likely stop along with it. Now the powers-that-be are depending on more borrowing to save the economy. People can only borrow so much. Credit cards have a limit.

And even if those limits get raised to deal with the crisis, the money all has to be paid back. If we’re borrowing trillions now, what does that mean for future economic growth as we try to pay the trillions back? We’re counting on consumers to fire up the spending machine again once the coronavirus lockdowns lift. But will that be possible with Americans already swimming in a pool of debt?

And that brings us to the final big problem. How will the Federal Reserve ever exit from the extraordinary monetary policy when everybody is buried in debt? I’ve already asked: what’s the exit strategy? The obvious answer is there isn’t one.

Building an economy on debt isn’t sustainable. As Peter Schiff put it in an interview last month, the economy was already a wreck before the pandemic.

“Nobody had saved anything for a rainy day. Well, take a look outside. It’s not only raining; it is pouring. And we’ve got nothing.”

During an appearance on RT Boom Bust last December, Peter was already painting a pretty gloomy picture of the American consumer.

Now the coronavirus has made things even worse. And the plan for cleaning up the mess seems to be piling more debt on top of a giant pile of debt.