There is a widespread opinion that liberalism is distinguished from other political movements by the fact that it places the interests of a part of society — the propertied classes, the capitalists, the entrepreneurs — above the interests of the other classes.

This assertion is completely mistaken. Liberalism has always had in view the good of the whole, not that of any special group. It was this that the English utilitarians meant to express — although, it is true, not very aptly — in their famous formula, “the greatest happiness of the greatest number.” Historically, liberalism was the first political movement that aimed at promoting the welfare of all, not that of special groups. Liberalism is distinguished from socialism, which likewise professes to strive for the good of all, not by the goal at which it aims, but by the means that it chooses to attain that goal.

If it is maintained that the consequence of a liberal policy is or must be to favor the special interests of certain strata of society, this is still a question that allows of discussion. It is one of the tasks of the present work to show that such a reproach is in no way justified. But one cannot, from the very outset, impute unfairness to the person who raises it; though we consider his opinion incorrect, it could very well be advanced in the best of faith. In any case, whoever attacks liberalism in this way concedes that its intentions are disinterested and that it wants nothing but what it says it wants.

Quite different are those critics of liberalism who reproach it for wanting to promote, not the general welfare, but only the special interests of certain classes. Such critics are both unfair and ignorant. By choosing this mode of attack, they show that they are inwardly well aware of the weakness of their own case. They snatch at poisoned weapons because they cannot otherwise hope for success.

If a doctor shows a patient, who craves food detrimental to his health the perversity of his desire, no one will be so foolish as to say: “The doctor does not care for the good of the patient; whoever wishes the patient well must not grudge him the enjoyment of relishing such delicious food.” Everyone will understand that the doctor advises the patient to forgo the pleasure that the enjoyment of the harmful food affords solely in order to avoid injuring his health. But as soon as the matter concerns social policy, one is prone to consider it quite differently. When the liberal advises against certain popular measures because he expects harmful consequences from them, he is censured as an enemy of the people, and praise is heaped on the demagogues who, without consideration of the harm that will follow, recommend what seems to be expedient for the moment.

Reasonable action is distinguished from unreasonable action by the fact that it involves provisional sacrifices. The latter are only apparent sacrifices, since they are outweighed by the favorable consequences that later ensue. The person who avoids tasty but unwholesome food makes merely a provisional, a seeming sacrifice. The outcome — the nonoccurrence of injury to his health — shows that he has not lost, but gained. To act in this way, however, requires insight into the consequences of one’s action. The demagogue takes advantage of this fact. He opposes the liberal, who calls for provisional and merely apparent sacrifices, and denounces him as a hard-hearted enemy of the people, meanwhile setting himself up as a friend of humanity. In supporting the measures he advocates, he knows well how to touch the hearts of his hearers and to move them to tears with allusions to want and misery.

Antiliberal policy is a policy of capital consumption. It recommends that the present be more abundantly provided for at the expense of the future. It is in exactly the same case as the patient of whom we have spoken. In both instances a relatively grievous disadvantage in the future stands in opposition to a relatively abundant momentary gratification. To talk, in such a case, as if the question were one of hard-heartedness versus philanthropy is downright dishonest and untruthful. It is not only the common run of politicians and the press of the antiliberal parties that are open to such a reproach. Almost all the writers of the school of Sozialpolitik have made use of this underhanded mode of combat.

That there is want and misery in the world is not, as the average newspaper reader, in his dullness, is only too prone to believe, an argument against liberalism. It is precisely want and misery that liberalism seeks to abolish, and it considers the means that it proposes the only suitable ones for the achievement of this end. Let whoever thinks that he knows a better, or even a different, means to this end adduce the proof. The assertion that the liberals do not strive for the good of all members of society, but only for that of special groups, is in no way a substitute for this proof.

The fact that there is want and misery would not constitute an argument against liberalism even if the world today followed a liberal policy. It would always be an open question whether still more want and misery might not prevail if other policies had been followed. In view of all the ways in which the functioning of the institution of private property is curbed and hindered in every quarter today by antiliberal policies, it is manifestly quite absurd to seek to infer anything against the correctness of liberal principles from the fact that economic conditions are not, at present, all that one could wish. In order to appreciate what liberalism and capitalism have accomplished, one should compare conditions as they are at present with those of the Middle Ages or of the first centuries of the modern era. What liberalism and capitalism could have accomplished had they been allowed free rein can be inferred only from theoretical considerations. 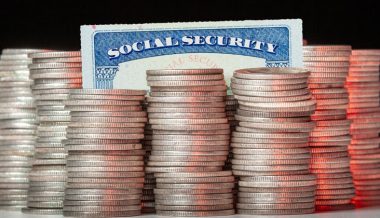