Perhaps the most commonly referenced historical image invoked by people who wish to demonstrate the need for government interventions to protect the environment from private industry is that of the Chicago River in the nineteenth century.

By the end of the Civil War, Chicago had the largest stock yard in the country, the Union Stock Yard, where hogs and cattle were butchered, portioned into marketable cuts of meat, packaged, and distributed to the rest of the country for sale. But much of the animal was unusable, so each slaughtered animal had wasteful byproduct that businesses had to deal with. Their initial answer was to dump the waste into the Chicago River, leading to the infamous descriptions of the stench of death and the bubbling water left by visitors to the city.

Truly, this was an ecological disaster by any standards, as a river that connected to a number of other waterways became fouled with animal byproduct, manure, and human sewage. As early as the 1850s, citizens of Chicago were concerned with the effect that the contaminated river might have on their health. It was a reasonable concern, and one that deserves serious consideration as to how these problems are overcome.

Of course, many theorists have already offered reasonable solutions grounded in economic theory and historical precedent. Walter Block has written an entire book making the case for the privatization of waterways, which would allow private prohibitions of dumping (which, in the case of the Chicago River, is merely an example of the “commons problem”). By privatizing waterways, the property owners have a personal incentive to maintaining their property and a right to prevent people from polluting it. Ryan McMaken has pointed out that the centralization of the court system has created a legal environment in which government regulations actually occlude the ability to bring suit against polluters. If somebody tried to sue a company for polluting upriver, while they live downriver, government regulations actually protect the polluter from liability as long as they are only polluting up to the legally stipulated amount.

These are all important ideas to be familiar with, but equally important is the simpler understanding of how capitalism — without any direct, institutionalized incentive (private or governmental) — creates a disincentive to pollute in the first place. It is true, as critics will point out, that the “profit motive” cultivates an incentive to dump wasteful byproduct into common or unowned property. But it is also true, yet almost never acknowledged, that the same profit motive encourages the natural reduction of waste, even without any of the above-mentioned institutional reforms.

In 1871, the city of Chicago tried to solve the pollution problem by hiring engineers to actually divert the flow of the waterways so that the waste would be sent into the Illinois River, rather than Lake Michigan. Not only was this a costly (and not very effective) endeavor, but it was also hardly an environmentally friendly solution from the government. By contrast, the businesses that were dumping the waste began looking for solutions to make the byproducts into marketable commodities. If they could sell it, they would no longer have to dispose of it.

As historian William Cronon notes, “if any single factor was more important than refrigeration in accounting for the [meat packers’] success, it was their tireless efforts to use every single part of the animals they dismembered. Chicagoans made the boast so frequently that it became a cliché: the packers used everything in the hog except the squeal.” He goes on to write that “the packers worshipped at the altar of efficiency, seeking to conserve economic resources by making a war on waste.”1

Echoing Adam Smith’s famous observation that “It is not from the benevolence of the butcher, the brewer, or the baker that we expect our dinner, but from their regard to their own interest,” the “war on waste” that Cronon refers to was never a product of environmental philanthropy. It was the desire to make more money. But irrespective of the intentions, the consequence was a drastic reduction in pollution.

Leading the way in the war on waste was Philip Armour, who made an observation at the end of the nineteenth century: “There was a time when many parts of the cattle were wasted, and the health of the city injured by the refuse. Now, by adopting the best known methods, nothing is wasted, and buttons, fertilizer, glue, and other things are made cheaper and better for the world in general out of material that was before a waste and a menace.”2 The desire to find a use for waste products fueled innovation — sometimes as simple as using scraps of meat unfit for human consumption to fatten pigs, which Cronon refers to as “an early form of recycling in which pig flesh people were unwilling to eat was reconverted into pig flesh they were willing to eat.”3

As the push for new ways to utilize waste were successful, products like soap and candles were joined by brushes, strings, pepsin, and even canned food, such as pork and beans, which used scraps of meat that had previously gone to waste. In contrast to the descriptions of the bubbling river that historians enjoy pointing to, one visitor to the Chicago World Fair in 1893 described the way plants made use of every part of an animal:

Everything — without particularizing too closely — every single thing that appertains to a slaughtered beef is sold and put to use. The horns become the horn of commerce; the straight lengths of leg bone go to the cutlery-makers and others; the entrails become sausage-casings; their contents make fertilizing material; the livers, hearts, tongues, and tails, and the stomachs, that become tripe, all are sold over the butchers’ counters of the nation; the knuckle-bones are ground up into bone-meal for various uses; the blood is dried and sold as a powder for commercial purposes; the bladders are dried and sold to druggists, tobacconists, and others; the fat goes into oleomargarine, and from the hoofs and feet and other parts come glue and oil and fertilizing ingredients.4

These kinds of waste-reducing innovations, fueled by the desire for profit, were not unique to the meat industry, of course. Andrew Carnegie famously sent employees to root through the garbage of his competitors to retrieve the steel shavings — known as “scale” — that they had swept off their floor and tossed out. He would then have it melted down and sold.

John D. Rockefeller hired chemists to take the wasteful byproduct of oil refineries — crude — and find some use for it. They not only came up with more than three hundred marketable products that could be produced with crude, such as paint and varnish, but the entire endeavor eliminated the incentive to dump oil waste, another infamous example of private pollution from the nineteenth century.

People frequently point to automobiles as a source of man-made pollution, but they rarely have the historical perspective to know that the advent of the automobile solved the long-standing problem of manure and horse carcasses polluting streets and waterways in every major city.

Even landfills, which environmental demagogues point to while giving ominous warnings about the unsustainability of human consumption, have been harnessed into providing an environmentally friendly energy source, which is so comparatively efficient that the paragon of recycling, Sweden, has resorted to paying Norway for hundreds of thousands of tons of its garbage every year .

But as we acknowledge the environmental benefits of profit-oriented entrepreneurship, it is worth also noting how the reduction of waste did not just raise the profits of the industrialists. It also reduced the cost of consumer products, and the “war on waste” turned unprofitable lines of production into profitable ones. One record of Philip Armour’s account books shows that his cost of purchasing, processing, and transporting a supply of cattle was $48.38, but the revenue he received from selling the meat was only $38.17 — leaving him with a loss of $10.21. The line item for the sale of cowhides brought him an additional $6.30. But since all businesses operate on the margins, it was the “Sale of by-products” — bringing in the final $4.50 of revenue — that brought him from the red to the black. His “Net profit from all transactions” was calculated as only $0.59 — razor-thin profits.5 Without the innovations that found uses for wasteful byproduct, customers would have had to pay more for meat and hides.

You don’t have to be a member of the Progressive Left to care about the environment and be concerned with pollution. The citizens of Chicago in the antebellum decade had legitimate reasons to be concerned with the health effects of the polluted river. But while the government sought to solve this problem by spending enormous amounts of taxpayer dollars to hire engineers to merely divert the pollution out of the city, private entrepreneurs actually solved the problem by finding ways to turn garbage into something people were willing to pay for. In so doing, not only did they help the environment, but they made consumer items more affordable to working-class citizens. 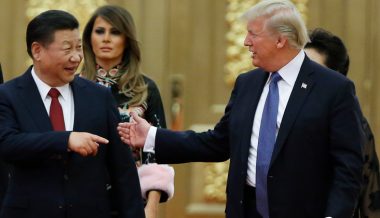