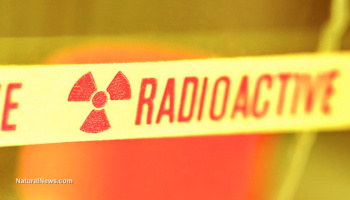 It is being reported that tainted food from Fukushima, Ibaraki, Gumma, and Chiba is making its way into local supermarkets in Taiwan due to the irresponsibility of mislabeling. What’s more, these food products were banned in Taiwan since March of 2011.

The first question is: Why are food products from the concerned Japanese prefectures surrounding Fukushima mislabelled?

The second question is: Why is Japan attempting to foist its unsafe and inferior radioactive foods on Taiwan?

Instead of humbly acquiescing to Taiwan’s wishes, Japan takes an aggressive approach even threatening WTO arbitration.

Taiwan’s Food and Drug Administration said the latest enforcement was in line with radiation safety management practices that other countries have put in place on Japanese food imports following the 2011 Fukushima nuclear disaster.

It said it “is necessary to protect the safety of food consumption” for Taiwanese.

But Japan is protesting the move, with the government warning that it may escalate the matter to the World Trade Organization, potentially deepening the conflict between Taipei and Tokyo. [1]

Rather than own the problem which successive Japanese governments are fully responsible for, they appear to be taking advantage of their neighbors. No one ever forced Japan to locate their entire nuclear power generation industry on the shoreline.

Even after 4 plus years beyond the Fukushima nuclear disaster, Japan has still failed to satisfactorily address the fallout from the meltdown(s) that occurred after the March 11, 2011 earthquake-generated tsunami.

Even more inexplicably, the Japanese government has voted to continue the operation of their nuclear power plants in spite of their vulnerability to both frequent earthquakes and potential tsunamis. Being located in one of the most seismically active earthquake zones in the Ring of Fire, such an ill-advised decision can only set up another nuclear catastrophe. Which begs the question:

“Does anyone in their right mind believe that nuclear power plants can ever be designed, engineered or constructed to withstand 9.0 earthquakes followed by 15 meter high tsunamis? [2]

The obvious answer is as follows:

“Japan should never have sited 55 nuclear reactors (plus 12 others) on its coastlines.”

Therefore, why are countries like Taiwan paying a serious price for Japan’s extraordinarily bad judgment and serious mistakes? They have known for centuries that they reside on one of the most earthquake-prone pieces of real estate in the entire world. To continue with the same nuclear energy model despite the obvious lessons of Fukushima seems to defy common sense. 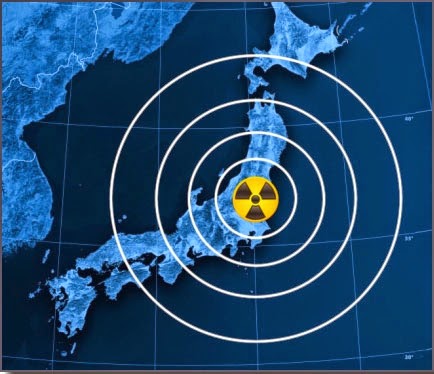 Japan made some extremely fateful decisions post World War II concerning the ways it would satisfy the nation’s energy needs. In light of their direct experience with atomic energy during WWII, it would seem that they would have opted for non-nuclear energy alternatives. Instead, they went full bore constructing nuclear power plants as quickly as they could convince the prefectures with the targeted coastlines.

Here they are now still dealing with the Fukushima meltdown(s) — a set of intractable nuclear challenges which may have no practical solutions. That means that those prefectures surrounding Fukushima may always have an environment suffering from a proliferation of radionuclides. What exactly are radionuclides?

A radionuclide or radioactive nuclide is a nuclide that is radioactive. Also referred to as a radioisotope or radioactive isotope, it is an isotope with an unstable nucleus, characterized by excess energy available to be imparted either to a newly created radiation particle within the nucleus or via internal conversion. During this process, the radionuclide is said to undergo radioactive decay, resulting in the emission of gamma ray(s) and/or subatomic particles such as alpha or beta particles.[1] These emissions constitute ionizing radiation. (Source: Wikipedia — Radionuclide)

Radionuclides, and especially the ionizing radiation which they emit, are certainly not something that anyone would want in their back yard, much less in their food. Nevertheless, Japan feels it can maintain the same policies that got them into this calamitous predicament. Hopefully, Taiwan will not relent to demands so unreasonable they strain credulity. After all, Japan needs to learn some critical lessons for their own benefit as well as for their trading partners.