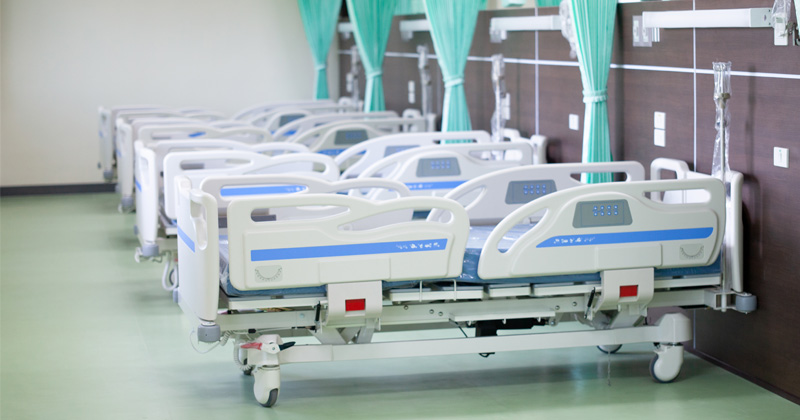 We can all repeat the mantra without missing any beat: the lockdown was required to flatten the curve so that our hospital resources would not be overwhelmed during the pandemic.

That argument is, by the way, quite correct. Anyone looking at the footage of the hospital wards in Lombardy would want to avoid that overcrowding and misery. But now the worst of the pandemic is over. It appears we have dodged that bullet, and some thoughtful people have been asking if the lockdown actually hurt more than it helped. That is a point that should be debated.

But there is another issue that has received almost no attention and, I believe, is even more important to discuss. A 2016 journal article while describing the 1968 influenza pandemic notes that “surges in hospitalizations caused problems in some areas, with an excess hospitalization rate of 150% reported in Portland Oregon, for 1968–1969, relative to 1970–1971. Hospitalization was significantly more likely among the elderly, and occurred at a rate that would be impossible to accommodate today. This is because, in general, hospital bed capacities have either decreased or not increased sufficiently to keep pace with population growth rates.” How did our hospital resources get to where they could be so easily overwhelmed?

The table above shows how the number of hospital beds in the United States has changed since 1965; the trend is relentlessly downward. Neither patients, nor physicians, nor hospitals asked for this reduction. So why did it happen? Changes in the practice of psychiatry caused some of the decrease, because more patients were treated as outpatients. However, this factor could not account for the continued decline, nor could it explain the relentless decrease in the number of hospitals, which includes many general hospitals.

On July 30, 1965, President Johnson signed amendments to the Social Security Act that became known as Medicare. It was a major intrusion by the federal government into the practice of medicine. For hospital practice, utilization review committees had to be formed (42 CFR 482.30). Although started under the rubric of quality assurance, utilization review committees were forced to consider “medical necessity” and “level of care.” The former allowed bureaucrats to challenge the judgment of the attending physician; the latter added the need to assess where the patient could be cared for with minimum cost (as opposed to where was best for the patient). On December 29, 1973, President Nixon signed the Health Maintenance Organization Act, a major purpose of which was to “blunt” the increasing aggregate cost of medical care, fueled in part by Medicare. One can infer that utilization review committees were not draconian enough, because about this time the Health Care Financing Administration (HCFA), now called the Centers for Medicare and Medicaid Services (CMS), funded research into a scheme to pay hospitals a fixed fee determined by the discharge diagnosis rather than a line-item bill for services. By 1982, the scheme (diagnosis-related groups [DRGs]) was ready for prime time, and it was signed into law by President Reagan as part of the Tax Equity and Fiscal Responsibility Act in 1983. The federal government now held all the cards. If they disagreed with a hospital’s discharge diagnosis (especially if it pays well), they could accuse the hospital of fraud. If a patient was admitted with chest pain and after a big work-up it turned out to be heart burn, the hospital would be out of luck. Big hospitals that could afford to hire accountants to track and triage cases according to reimbursement survived; smaller community hospitals closed by the dozen. Did HMOs (health maintenance organizations) and DRGs contain costs? Well, in 1985, healthcare expenditures were 10.7 percent of GDP; in 2018 they were 16.9 percent. If hospitals are disappearing, why are aggregate medical costs rising? For the purposes of the article, suffice it to say that crony institutions like pharmacy benefit managers (PBMs) sprang into existence and are now among the most lucrative businesses in the United States.

So the result of the federal government’s intrusion into the practice of medicine is that the number of hospitals and available beds fell while the population increased, which brings us to the covid-19 pandemic.

One resource was continually being assessed: the number of hospital beds. In March 2020, one study projected: “If the infection curve is not flattened and the pandemic is concentrated in a 6-month period, that would leave a capacity gap of 1,373,248 inpatient beds [nationwide].” Halting elective procedures to free hospital beds would help somewhat. But ultimately politicians were convinced that “stay at home” orders were required.

If the numbers had been frozen at those of 1965, we would have had roughly eight hundred thousand more beds and a thousand more hospitals to deal with the pandemic. If the numbers had increased after 1965 in proportion to the population, we would have 1,950,000 more hospital beds today than we do, and the predicted gap of 1,373,248 beds, as hysterical as it was, would not have been a problem. Just as in 1968, we could have accommodated the excess hospitalizations without overwhelming the hospitals’ resources.

Government interventions did not save money, but they did reduce hospital resources. Even if the government’s foray into medical practice had reduced costs, the current damage to our economy would have wiped out those “savings” in a month. So the real reason why we had to flatten the curve is because the federal government hollowed out our hospital infrastructure over the past fifty years while creating a way for well-connected cronies to extract money from the cash flow.